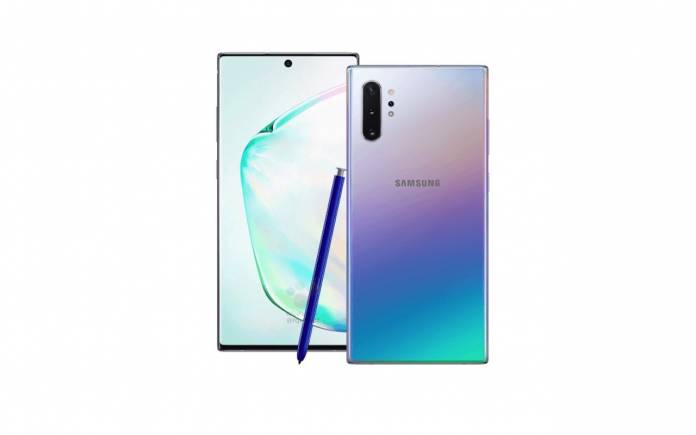 The Samsung Galaxy Note 10 series is almost ready. The South Korean tech giant has been working hard on the premium phablet which will also come in two variants. As early as November last year, we noted the phone would have a bigger and better screen. It’s expected to arrive with an S Pen camera and may implement a quad-camera system. We’re also looking at a keyless design and 5G connectivity support. The two variants will be called the regular Note 10 and the Galaxy Note 10+.

This is the first time the South Korean tech giant is introducing a Note duo. There’s the regular Note 10 and the higher-end Samsung Galaxy Note 10+. As if the Note 10 isn’t already powerful, the Plus version will be more powerful.

Samsung followers are being presented with different information each day. We’ve told you everything we know so far. The official announcement is about to happen in two weeks and so allow us to review and focus on the Galaxy Note 10+.

The S-Pen allows gesture control. The stylus doesn’t have to touch the display because the phone can “read” the S-Pen. It can withstand getting wet as made possible by the IP68 rating. With 4096 pressure levels, the S Pen is also very responsive at a 70 milliseconds pen input latency.

Samsung’s Note 10+ will also feature an on-screen fingerprint reader. Definitely, it will be Samsung’s very own ultrasonic fingerprint scanner tech. When it comes to mobile photography, Note 10+ owners may take advantage of the camera system that supports a three-stage variable aperture. Main shooters will include 12MP + 16MP F/2.2 + 12MP F/ 2.1. The Note 10+ will also include a time-of-flight (ToF) sensor. For video recording, the Samsung Galaxy Note 10+ includes optical image stabilization, 4K with 60fps, HDR10+, different photo modes, and scene recognition. The selfie shooter is a 10MP cam with dual-pixel autofocus, F/2.2 aperture, and HDR10+.