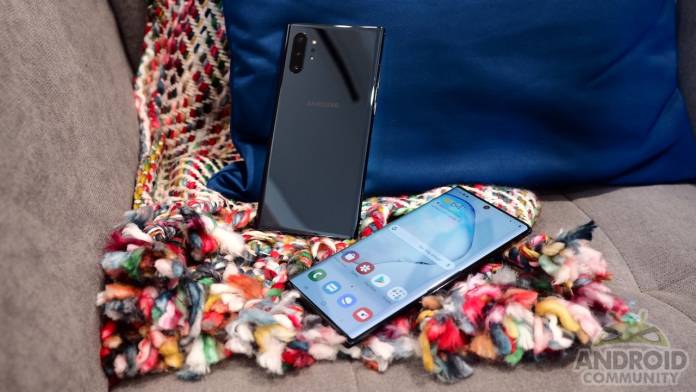 The Samsung Galaxy Note 10 series has been setting new records on DxOMark and DisplayMate. Specifically, the higher-specced Galaxy Note 10+ is making waves with its large display and rear quad cameras. It’s the first time the South Korean tech giant has launched two Galaxy Note phones at once. The consumers have two choices for the Note instead of just the usual one. We’ve got our hands-on experience but we have yet to do a comprehensive review of the Galaxy Note 10.

It’s not fully out in the market yet but the Samsung Galaxy Note 10+ is already being tested by a number of tech enthusiasts. We can expect more favorable reviews not only of the cameras but also the charging speed.

You see, we’ve mentioned the battery capacity and charging capabilities of the Note 10 several times before the official. We said the Pro variant would have a fast-charging 4500mAh battery and could even hit 50W super-fast charging. A Galaxy Note 10e with a small battery was sighted and then information about the Note 10 variant only getting a 25-charging battery was heard.

Samsung Galaxy Note 10’s wireless charging was also thought to reach 20W. And just before the new phone series was unpacked, Samsung made it known to us a 45W fast charger for the Galaxy Note 10 would be sold separately. The smartphones arrived with 3500mAh and 4300mAh batteries (Note 10, Note 10+).

True enough, charging the Note 10+ could be even faster with a separate charger. Its battery is bigger so requirements are slightly different. The regular charger included in the box is the same for both variants. It offers some 25 watts with the Fast Adaptive charging technology. As for the Note 10+, it can still support up to 45 watts.

So that’s what we’ve been hearing before. All you need is the other charger sold by Samsung. It’s also bigger and speedier as made possible by the 15V/3A rate or USB-PD revision 3 support. Other branded chargers can also be used as long as the requirements are met.