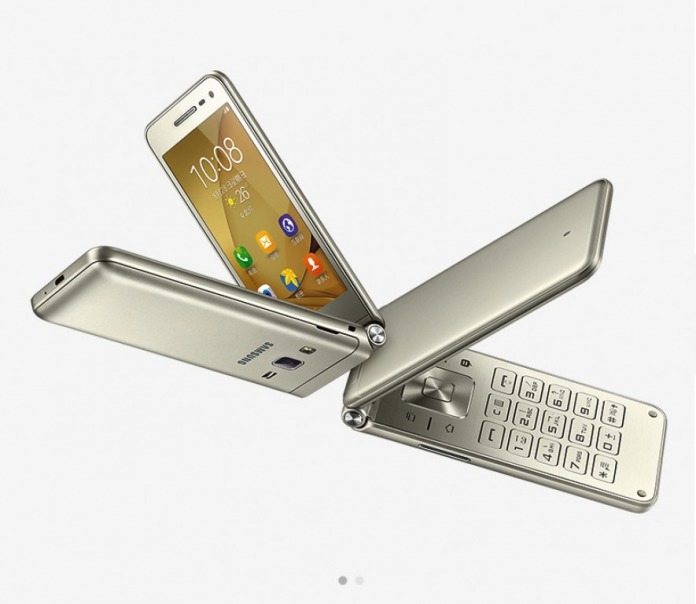 The Samsung Galaxy Folder 2 showed up on GFXBench site a few months ago. It got its TENAA certification a month later and the promo images the following month. The smartphone is now listed on Samsung’s Chinese website so we know it will be available first in China. Specs include a 3.8-inch screen with WVGA resolution, 1.4GHz quad-core Snapdragon 425 processir, 2GB RAM, 16GB onboard storage, microSD card slot, 8MP rear camera with LED flash, 5MP front-facing cam, and a small 1950mAh battery.

Device already runs Android 6.0.1 out of the box and boasts of a 318 hour battery life according to Samsung. The features are as listed on TENAA.

The clamshell-flip phone design is still popular although not as before. The new Galaxy Folder 2 may remind you of last year’s Samsung W2016 flip phone and Golden 3 which also competed with similar clam shell Android phones like the LG Wine Smart Jazz and Sharp Arrows and Aquos flip phones.

We were hoping that Motorola would reveal a new Moto RAZR this year but we’ve only seen the new Moto Z phones so far. If that happens, then it will be a direct rival of this Samsung Galaxy Folder 2. There’s nothing yet so let this Samsung Galaxy Folder 2 be your choice for a flip smartphone. No information on pricing and availability yet though but we’ll let you know soon. 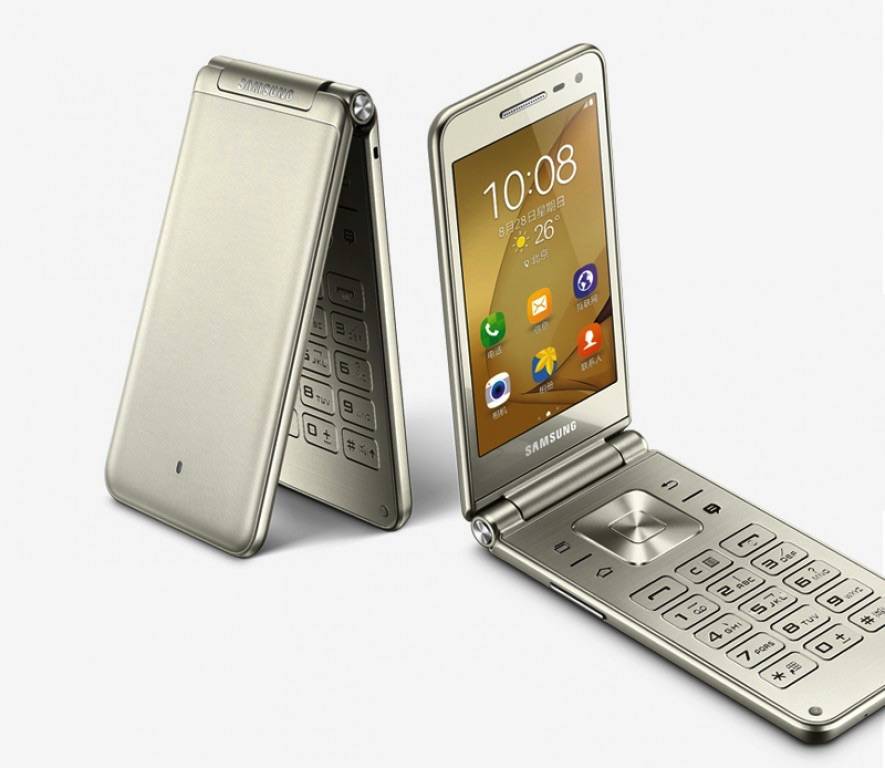