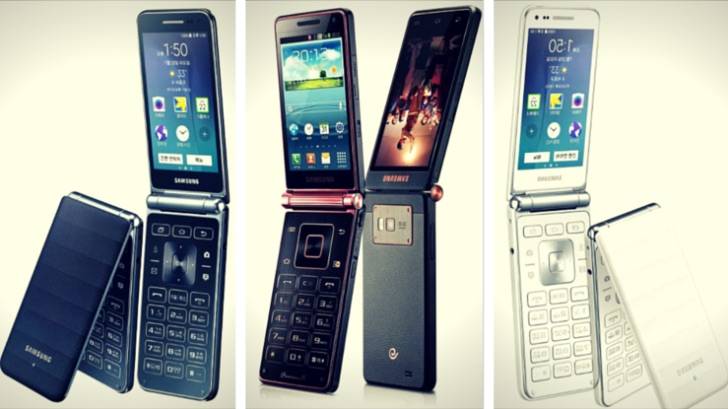 While we can’t say for sure that flip phones are making a comeback, there are still several people out there feeling nostalgic about that kind of smartphone. There’s something satisfying about hearing the sound it makes when you flip it shut. Last year’s flip phone from Samsung, the Galaxy Folder may actually be getting a new version this year, as the specs of the Galaxy Folder 2 have made its way to benchmarking site GFXBench, although there’s still no confirmation from Samsung that there will actually be one.

But if you believe that most of the devices that end up on GFXBench eventually end up in the market anyway, then the Galaxy Folder 2 should be a foregone conclusion. Partial specs of the supposed upcoming device were released on the site, and it seems pretty decent for a mid-range device. It will still have a 3.8-inch screen with a 480 x 800 WVGA resolution, just like the original Folder. But the other specs will obviously receive an upgrade.

It will run on a quad-core 1.4GHz CPU with Snapdragon 425 SoC under the hood. The RAM has also been upgraded to 2GB, while the internal storage has been doubled to 16GB. It didn’t indicate if this will be expandable through a microSD card. Camera-wise, it will now have an 8GB main camera and a 5MP front-facing shooter.

The Galaxy Folder 2 is rumored to be launching in China first and then in South Korea. However, if it will expand beyond those two markets is still up in the air. There is also no time frame yet for the expected announcement and release date.