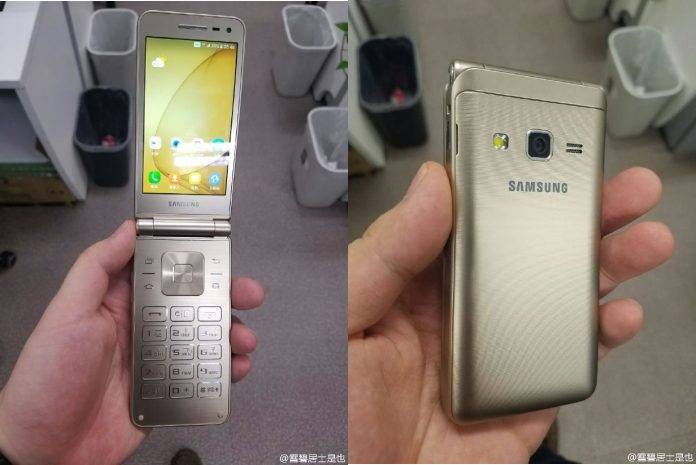 The Samsung Galaxy Folder 2 earlier showed up on GFXBench and then soon after popped up on TENAA. We’re only waiting for its official launch and looks like it’s happening soon as some promotional images showed up on Weibo. A TENAA certification means an impending launch in China so we’re almost certain the photos shared on the Chinese social website are for real. There’s no mention if there’s a ‘2’ in the name but the first-gen Galaxy Folder introduced last year needs a follow-up already.

According to the TENAA listing, the Samsung Galaxy Folder 2 will feature a 3.8-inch WVGA screen, 800 x 480 pixel resolution, 1.4GHz quad-core Snapdragon 425 processor, Adreno 308 GPU, 16GB onboard storage, microSD card slot, 2GB RAM, and a 2000mAh battery. Phone is said to run Android 6.0.1 Marshmallow and will have an 8MP rear camera and 5MP front-facing cam. The 16GB memory may be small now for a basic smartphone but storage of the Folder 2 is expandable up to 128GB courtesy of the microSD card slot. 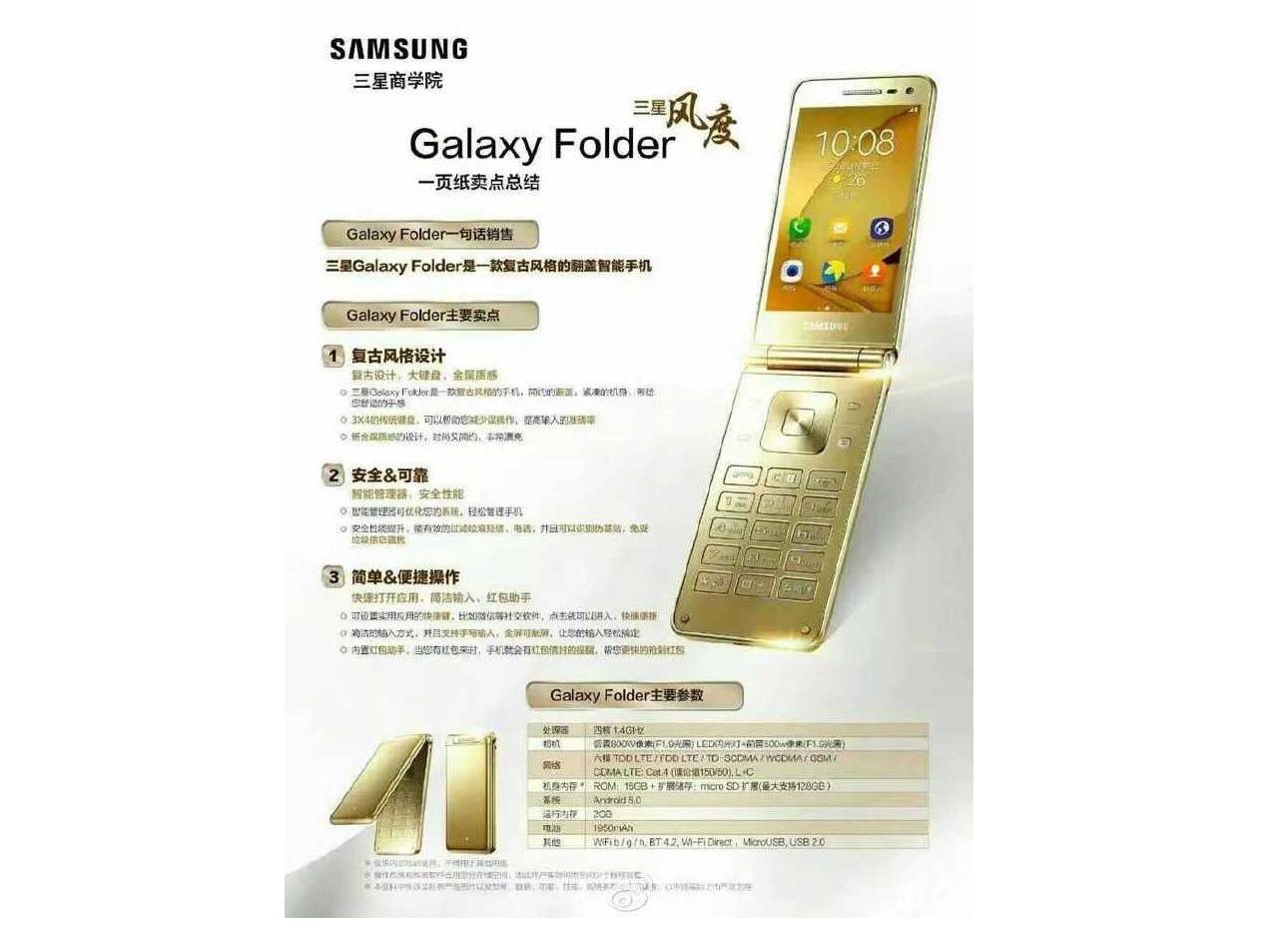 Dual SIM card support and Bluetooth connectivity are also present. There’s no mention if it will have access to 4G/LTE networks but we don’t see any reason why Samsung won’t add it since older flip phones from the South Korean tech giant have such. No clue on pricing and availability either but we’re expecting this to be announced during the upcoming IFA 2016 in Berlin.