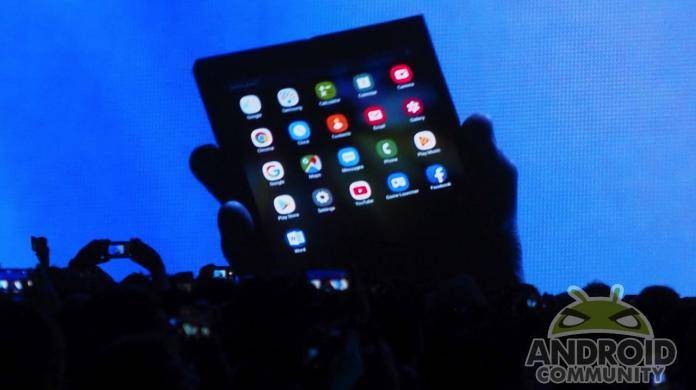 We’re now in 2019 which means Samsung will be announcing its very own foldable phone after years of working on one. Since 2016, we’ve been saying the South Korean tech giant has a bendable screen to be used for a foldable phone. Samsung made the foldable display official last November and called it the Infinity Flex Display. A working foldable phone was demoed in the same event but it was only a prototype. We’re positive the Samsung Galaxy X aka Galaxy Fold aka Galaxy F aka Galaxy Folder will be welcomed with arms wide open but the company needs to make sure it won’t be overshadowed by other foldable phones that will also be unveiled in the coming months.

The Samsung Galaxy foldable phone is another favorite subject. We heard it may roll out with 5G support. We saw that concept video render that surfaced on YouTube.

The phone could also have a double fold design as per a patent. It may have Bixby 3.0 and could be known as the Galaxy Fold.

The foldable device codenamed “Winner” could also launch with a new Sony Camera Sensor. This is according to a firmware document that mentions a com.samsung.sensor.imx374_winner.so file. It could be for a camera driver, specifically, the Sony IMX374 sensor.

Rumor has it the Sony IMX374 sensor will be made public at this month’s CES event. If not, just before the Mobile World Congress. Sony may announce it together with Samsung. Details aren’t much so let’s wait and see.