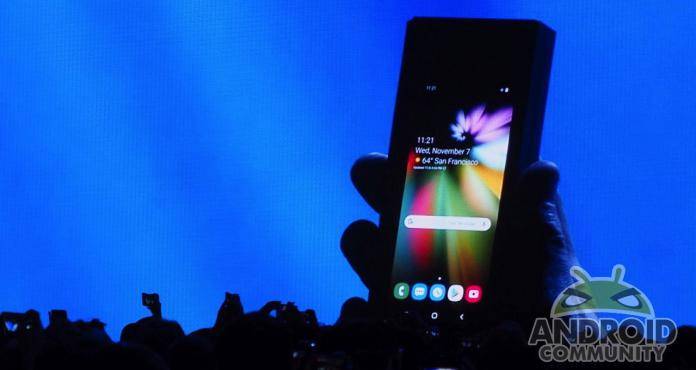 Samsung’s plans for a foldable phone has been confirmed months ago and just recently, we’ve got a glimpse of the device. It’s not the final design yet but we have an idea of how it would look. The Samsung Infinity Flex Display is one of the core components, making the foldable-flexible mechanism happen. The South Korean tech giant has been teasing the public for years but now, it’s final and official. We only have to wait for a few more months before the public reveal.

What we thought would be an early schedule (ahead of the Galaxy S10) has been changed. Samsung is believed to launch the foldable phone alongside the Galaxy S10 series. This means we’ll get to see the device in late February or early March. We’re assuming it will be at the Mobile World Congress (MWC 2019) but Samsung can choose to have a separate event.

It’s highly possible the South Korean tech giant will show off the Galaxy S10 in February and the Samsung Galaxy foldable phone the following month together with the 5G variant of Galaxy S10.

The first quarter of the year looks exciting for Samsung so we’ll watch closely for further development especially since the company also recently said one million units will be produced during the first half (H1) of the year.

It may not support 5G yet contrary to what we said before but one Galaxy S10 will have the technology. When it comes to pricing, the Samsung foldable phone may go for some 2 million won which is about $1,766 in the US.