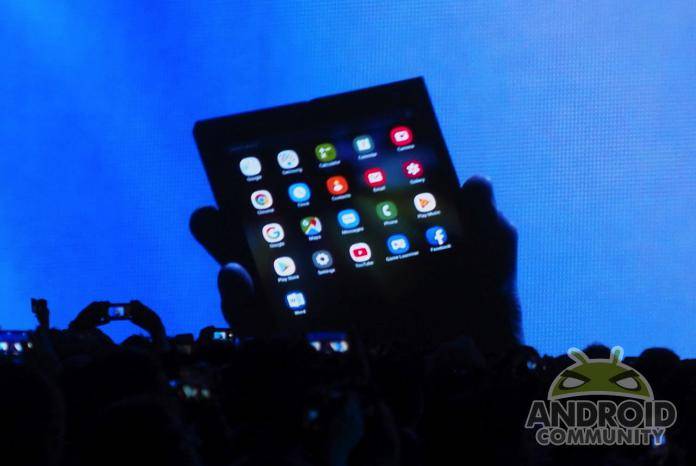 Industry-watchers have been calling the upcoming Samsung foldable as the Galaxy X the past couple of years. Others are saying it is the Galaxy F but now we’ve got word the foldable-flexible smartphone will be known as the Samsung Galaxy Fold. The information is according to a trademark recently sighted. The phone may also be unveiled at the Mobile World Congress (MWC) 2019 alongside the Galaxy S10 series. It will be the first ever foldable device from the South Korean tech giant and we have a feeling it will have a number of competitors next year.

It’s been a crazy year for Samsung but it still is the top mobile maker. What changed though is its number one rival. Apple has been overtaken by Huawei despite not having the US as a major market.

Next year will be more interesting because the Galaxy S10 will introduce new technologies while the Galaxy X, now Galaxy Fold, will be out in the market as a truly foldable device. We’re not just talking about a folder, flip, or clamshell phone. It’s a really foldable phone with a flexible display.

The Galaxy foldable phone transforms into a tablet for a larger view. There are no separate panels—just one screen that offers a continuous display.

We’ve already seen a number of patents, leaks, and rendered images. Those numerous reports give us a clear idea about the upcoming phone but the Samsung Galaxy Fold trademark filed in the UK is a new evidence. It’s the closest we have to the possible name.

The trademark was only filed on November 27 under Class 9 category (#UK00003356515) so we know it’s either a tablet or a smartphone. Earlier, we thought it could be called the Galaxy Flex but you know, we’re told to take everything with a pinch of salt.

So it’s going to be the Samsung Galaxy Fold? We’d like to believe it is so but we’ll wait for more related information.