The on-screen fingerprint sensor may not be available on the Samsung Galaxy Note 8 because of some technical difficulties. The latest image renders confirmed the idea. And looks like there will be really no under-display fingerprint sensor yet as Samsung Design China’s Head Shane Lee already said something about the issue.

Lee said that what Vivo was showing off last week as an embedded fingerprint sensor was only a prototype. Lee also said there is low production yield so the company won’t be able to deliver for the Note 8.

Another reason is that the such fingerprint sensor can only be used on an AMOLED screen. At this point, the South Korean tech giant is still working on increasing the production of edgeless displays so there is no bandwidth yet for the new fingerprint sensor technology.

This problem was already noted recently by Qualcomm and said Samsung’s in-screen fingerprint sensor may cause display issues on the next premium flagship device. Qualcomm’s Fingerprint Sensors won’t be used just yet because it’s still not ready. The one on the Vivo XPlay 6 smartphone is still a prototype as we mentioned earlier.

We’re hoping that companies will finally be done testing such kind of product and technology so we’ll get to use the fingerprint sensor embedded under the display on future smartphones and hopefully, more devices. 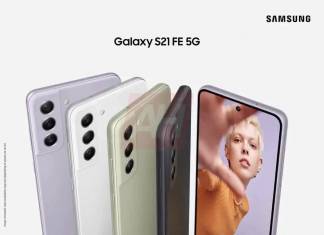 Rei Padla - September 27, 2021
We are a bit confused here but we will closely monitor the news. The upcoming Samsung Galaxy S21 FE (Fan Edition) that was supposed...