It’s happening: RED HYDROGEN One will officially roll out. We’ve been anticipating for this one for over a year now. It was introduced as the world’s first holographic media machine back in July 2017. We’ve seen the prototype already in a video and eventually a hands-on. The device is expected to make full 4-View holography a reality. It was also expected for a summer release but unfortunately, the holographic phone has been delayed for a few times already. We said it would be ready soon from AT&T and Verizon and for real this time, it’s here.

RED Hydrogen One pre-registration was up since June when we also told you 5 features you should know about the smartphone. It hit the FCC but with new issues.

Houdini developer units were said to ship earlier and we told you the Titanium RED Hydrogen One wasn’t ready yet.

The RED Hydrogen One is still the first holographic media machine in the world. Pre-orders will start shipping on November 2. 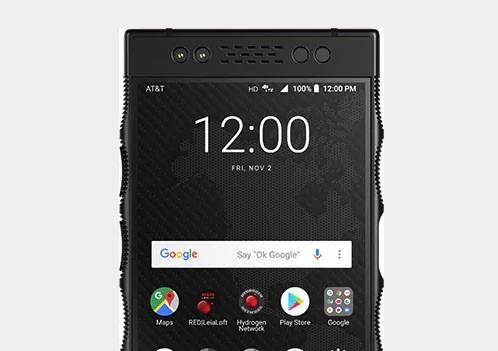 The media machine will be sold by two mobile carriers in the US exclusively. Both Verizon and AT&T will sell the Red Hydrogen One in the US while in Latin America, it will be Claro and Telcel.

The HYDROGEN One is ideal for content creators, designers, and vloggers. If you like to be creative in telling stories and are serious with such passion, you may consider this one.

Verizon lists the phone with a $1,295 retail price but you can get it with a $53.95 monthly fee for two years on Verizon device payment. Meanwhile, AT&T is offering a longer 30-month payment scheme with a $43.17 monthly fee. You may get these phones together with a plan or you current Verizon or AT&T SIM card.