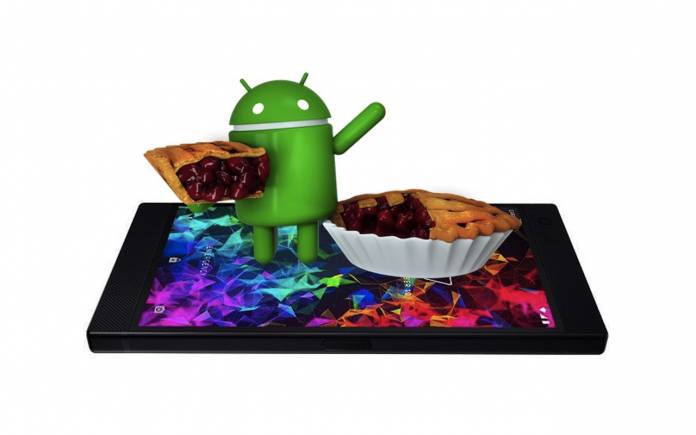 The Android community hasn’t heard anything about the Razer Phone in a while but we know there is already a 2nd-gen version. The Satin version of which has been available since April. There is no certainty about the future of Razer Phone 3 but it’s not exactly a priority. We’re more interested in gaming development as Razer has teamed up with Tencent. Earlier, we also noted about the Pie being served for the Razer Phone 2 and now it’s ready for the original Razer model.

Over on Reddit, a Razer Marketing Team representative shared the good news that the Android Pie update will be released for the Razer Phone. The upgrade will include the latest security updates. No exact date has been provided but it’s rolling out in the coming weeks.

Not much information has been provided by the Razer rep but as with most Android Pie updates, this one will deliver new animations and improvements on the 120Hz display. Like the Razer Phone 2, Android 9 on the original Razer Phone will also bring a redesigned settings menu. Notice the Material Design icons plus memory improvements and better optimization on Android Runtime.

The news of Pie rolling out for the first-gen Razer Phone is very much welcome after all the not so good reports we’ve been hearing. The Razer Game Store is closing down and then we’re hearing layoffs of two percent of all Razer employees. No figures have been given but Razer is doing some realignment plans especially in the marketing and phone division.

Razer Phone is a gaming-centric mobile phone that was launched two years ago with Snapdragon 8GB RAM and Snapdragon 835 processor. Announced as an ultimate gaming phone, the phone certainly had potential especially after it received updates and optimizations plus camera and audio enhancements. It also caught the public’s attention with the lack of an audio jack. We can say it’s one of the best gaming phones in the market today because of the 120Hz screen.