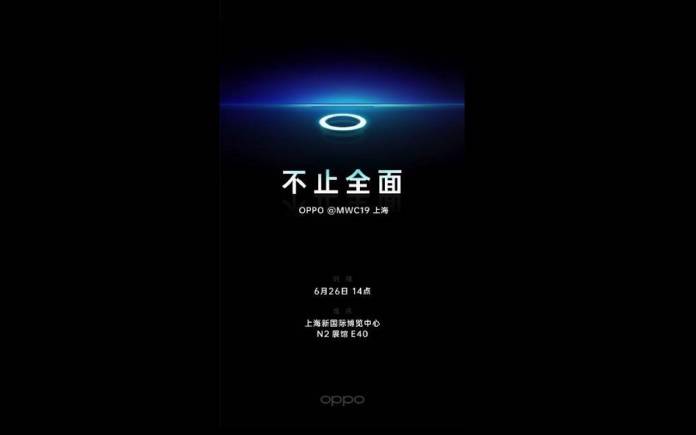 OPPO may not be the top OEM in the world today but the brand is certainly making an impression in the mobile industry. The market is filled with affordable to mid-range OPPO phones that we can consider as flagship devices because of the almost premium specs. It is one of the most popular Chinese OEMs that help the country take the lead when it comes to the smartphone game. We’ve been testing out OPPO phones for over half a decade now and the team never fails to come up with interesting mobile devices.

After introducing the shark fin-style selfie camera design, Nokia OZO audio technology, and 10x zoom lens, here is OPPO showing off a new off-screen camera tech. One of Oppo’s many goals is to offer a truly full-screen smartphone. It may be happening very soon as the company has worked on an under-display camera.

The screen and camera technology may be unveiled to the public this June 26 when a new Android phone is announced. A photo has surfaced online, suggesting an under-display camera. It’s highly possibly Oppo thought of a camera hole but this one is better.

The launch will happen on the 26th of June at the MWC Shanghai as per a post on Weibo. We see a ring on the top middle part of the front display. It could be for the camera hidden under the screen. It may be something like the on-screen fingerprint sensor. This means Oppo is ahead of the competition once again although nothing is certain and official yet.

If true, then the future of the notch, camera punch hole, and even the pop-up selfie cameras will be over soon. The goal to make a truly bezel-less screen may become a reality soon with this new design. At this point, we’re more interested in this design more than the OPPO foldable smartphone that is yet to be unveiled.