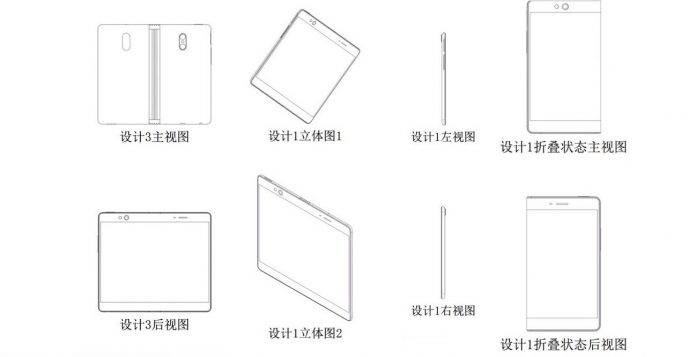 This isn’t the first time we’re hearing about the idea but OPPO is believed to be working on a new foldable phone. This isn’t a new clamshell phone but more similar to what Samsung, LG, Huawei, and ZTE are working on. Samsung has the Galaxy X while the ZTE already has the Axon M. Patent images by LG were sighted last week. But as early as November last year, we also spotted patent images for a foldable phone from Oppo.

OPPO seems to want to join the bandwagon. Nothing is confirmed yet but this is the second set of patent images of a device with a foldable display. Unlike Samsung’s, Oppo’s foldable phone may just feature the top half. Again, this could only be a prototype or concept but we’re excited about the idea that other OEMs are also considering the foldable phone technology.

Of all the phone brands we know considering the foldable design, Samsung is making a lot of noise. Rumor has it there will be two variants with bendable screens and rollable display. We know it’s coming very soon most probably as the Galaxy X whose patent application and concept images we’ve seen before. Patent for the flexible OLED display was granted and the foldable phone was spotted getting a related certification again. A support page for the foldable phone has appeared so the device may not be far away.

As for OPPO, we’re taking everything with a grain of salt until more leaks, rumors, and speculations are made public.