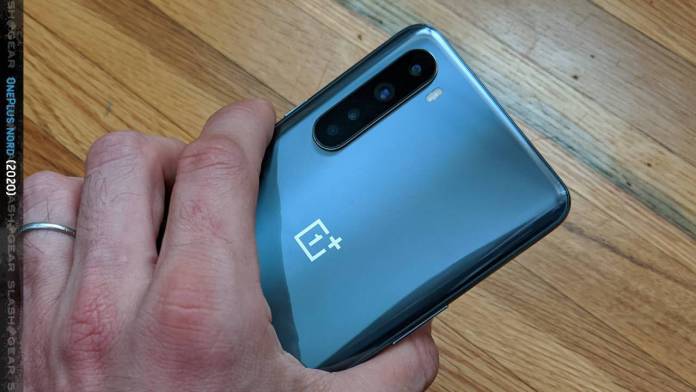 OnePlus has gone through Zack Nelson’s JerryRigEverything. It passed the scratch and burn tests but failed on the bend test. We agree the actions done to the phone would not happen in normal circumstances. But for a mid-range phone that only costs under $500, it’s not really bad. It offers decent specs and performance. The OnePlus Nord has sold out in Europe and that’s pre-order only. The device already received the OxygenOS 10.5.1 update. We already got our hands-on feature where we highlighted the flat display and dual selfie cameras.

The OnePlus Nord is the latest mid-range phone offering from the Chinese OEM after the OnePlus X from over five years ago. For 2020, it follows the OnePlus 8 and OnePlus 8 Pro series phones. Both came equipped with flagship processors.

The OnePlus Nord only comes with the Snapdragon 765G processor but it brings 5G support. It is perhaps the most affordable 5G phone in the market today so that’s already a selling-point. The 399 EUR price-point is attractive compared to thousand-dollar smartphones from top mobile brands.

There’s only one problem: it’s not available in the United States. However, OnePlus has a project that will let fifty lucky consumers in the country experience the OnePlus Nord through a limited beta program. We already know it’s available in Europe and India.

It’s not all bad news for those in the United States. OnePlus director Carl Pei shared with Wired that a Nord-branded phone will be released in the United States just before the year 2020 ends. Julia Chokkattu wrote, “Pei tells me a Nord-branded phone (not necessarily the same as this) is set to land on US shores later this year, so you don’t have to feel left out for too long.”

We’re assuming it will be in the fourth quarter. It may be around October when OnePlus usually reveals the OnePlus T version of the previous flagship. It could be the OnePlus 8T would arrive with another OnePlus Nord.