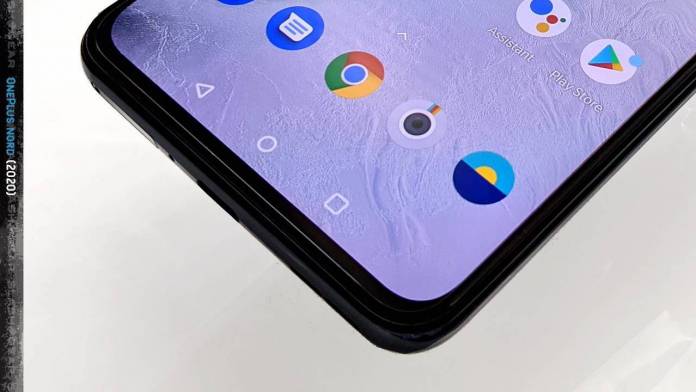 OnePlus Nord has been making an impression although others may have a different opinion. The phone that sold out in Europe even before its official launch is the Chinese OEM’s latest mid-range phone. The company has ventured into this category, ready to offer a device with almost premium specs but still at an affordable price. The phone has gone through a Durability Test with a not so favorable result but we can still consider it. The sub $500 price is attractive especially since it is 5G-ready.

The phone received the OxygenOS 10.5.1 update already, bring a number of optimizations. We’ve got our hands-on feature and noted the dual selfie cameras and the flatter display. The mid-range phone won’t be released in the US except for 50 people who will get the chance via a beta program. OnePlus did assure its fans that a OnePlus Nord-branded phone will be announced in the country later this year. It could be powered by Snapdragon 690 5G processer.

Now we’ve got some unfortunate word that those early adopters of the device are experiencing some issues on the screen. This reminds us of a bit of the OnePlus 8 Pro display green tint issue from a few months ago. The problem is seen on the AMOLED screen of the OnePlus Nord according to some users.

This time though, instead of green, the tint’s color is purple. The purple tint issue is less than ideal but it’s there. Perhaps a simple software update can fix the problem but it seems other tint colors are also noticed. Some phone owners have reported tinting issues at low brightness at around 20 to 25% level. Green and yellow tint colors are witnessed as well.

OnePlus said “this is not a quality issue” but is actually a “characteristic of all OLED displays”. That could be true but it’s something you don’t want to see, right? Not ever on any phone.

There may not be a fix except to raise the brightness level. For its price, the screen with 90Hz refresh rate is worth it. It also comes with an on-screen fingerprint reader so it’s really not that bad. What do you think?