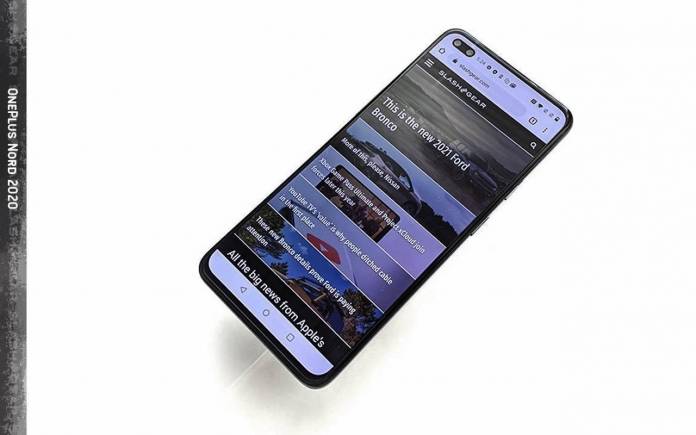 OnePlus is expected to release another OnePlus Nord-branded smartphone later this year. It’s meant for the United States as the recently announced Nord won’t be available in the country. There may be fifty lucky people who can enjoy the OnePlus Nord. For those interested with OnePlus, you can probably just wait until the fourth quarter. The Chinese OEM will launch another Nord device so expect related information will be released in the coming weeks and months and until the official announcement.

The original OnePlus Nord runs on Qualcomm Snapdragon 765G. It already supports 5G so it can be used in countries where 5G is accessible. Now we’ve got word the next phone will be powered by the new 5G Qualcomm Snapdragon 690 chipset. The processor was announced last month for future mid-rangers.

OnePlus Nord 2 will be another affordable mid-range device with almost premium specs. It will probably be at the same price point (below $500). It’s also possible it will look very similar to the original OnePlus Nord but with some enhancements.

The Nord series is a new one from OnePlus. The Chinese OEM boasts its characteristics including a smooth experience, powerful cameras, and impressive design and quality. The phone comes equipped with a large 6.44-inch OLED screen with FHD+ resolution, 90Hz refresh rate, Qualcomm Snapdragon 765G processor, 6GB or 12GB of RAM, 64GB/128GB/256GB onboard storage, and a 4115mAh battery.

The next OnePlus Nord phone could be the one called “Billie” as sighted on the latest OxygenOS 10.5 update. There is a reference to ‘isSM6350Products’. SM6350 refers to Snapdragon 690. Expect related details will be leaked and teased in the coming months.