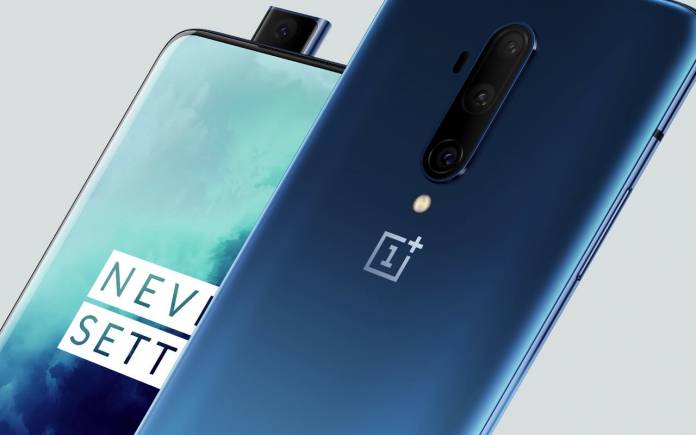 Here is another render of the upcoming OnePlus 7T Pro. Thanks again to OnLeaks (Steve Hemmerstoffer) and iGeeksBlog for sharing the rendered image. The smartphone was leaked by OnePlus CEO Peta Lau himself over on Twitter so we pretty have a good idea about the new flagship. The photo below shows the OnePlus 7T Pro in Haze Blue with three rear shooters in a vertical position and a pop-up selfie camera. There is no doubt this is how the new model may look like except for the camera module because the OEM already showed a round one.

The OnePlus 7T Pro will be unveiled on the 26th of September with a possible market release on October 15. The T variant was only leaked less than a month ago but several rumors and leaks have been published already. We remember that circular camera module. A set of rendered images and 360-degree video of both phones, OnePlus 7T and OnePlus 7T Pro, surfaced online.

More specs and launch details were leaked and then detailed. We also heard the OnePlus 7T Pro won’t be released in the US. Yesterday’s feature was that of the matte-frosted glass.

OnePlus will be offering a pop-up camera once again, allowing an edge-to-edge display. That’s an almost bezel-less 6.65-inch fluid AMOLED screen. The rear will be glass as.

In the camera department, there will be a triple rear camera system that consists of a 48MP primary camera, 8MP telephoto lens, and a 16MP ultra-wide shooter. The 16MP pop-up front-facing camera will come with EIS. Expect Nightscape mode, Macro mode for closer shots, and Super Slow-Mo recording at 960FPS 720p. 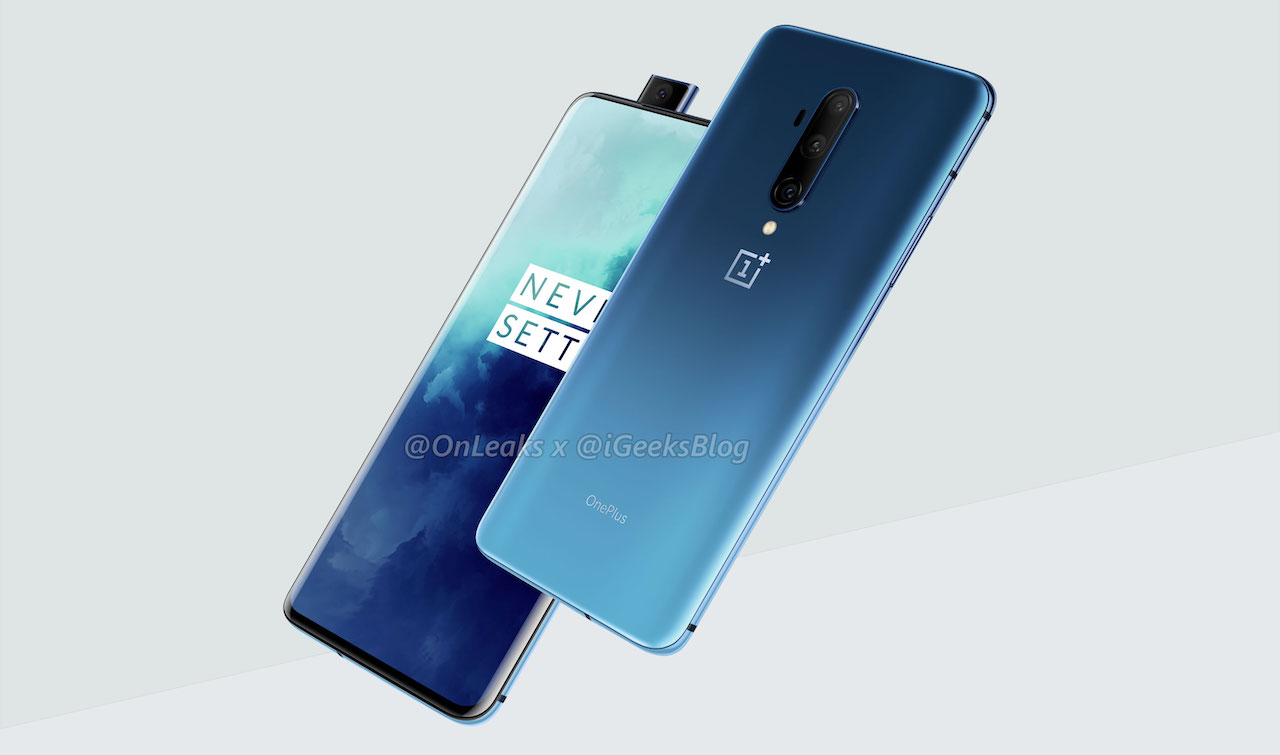