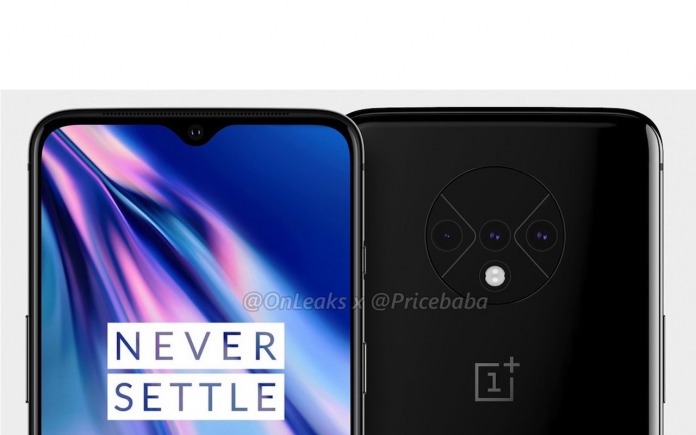 The OnePlus 7 and the OnePlus 7 Pro are two of the latest phones from the Chinese OEM. The Pro even comes with a 5G version that is slowly making waves in the mobile market. We know a ‘T’ variant of the OnePlus 7 will be arriving later and looks like we’ve got an early preview here. Actually, there may be two: OnePlus 7T and OnePlus 7T Pro. Evan Blass (@evleaks) has generously shared rendered images of a mystery OnePlus phone.

The most noticeable change is the round camera module. There isn’t much information provided but a round camera module is different for OnePlus although not unique among OEMs. Recently, we’ve learned the Nokia 7.2 would also bear the same camera design and layout. OnePlus has been using a vertical orientation for the camera ever since.

We’re not sure if the phone is really the OnePlus 7T. It could also be the OnePlus 8. OnePlus 7T version is still welcome though because OnePlus could use it to test the waters before the next OnePlus 8 flagship is introduced next year.

OnePlus launches its second-half flagship phone around the fourth quarter of each year. It may be too early to tell but as previous OnePlus T models, expect numerous information and leaks will be shared in the coming weeks and months. OnePlus usually makes an announcement in October, the same month as Google releases the new Pixel phones.