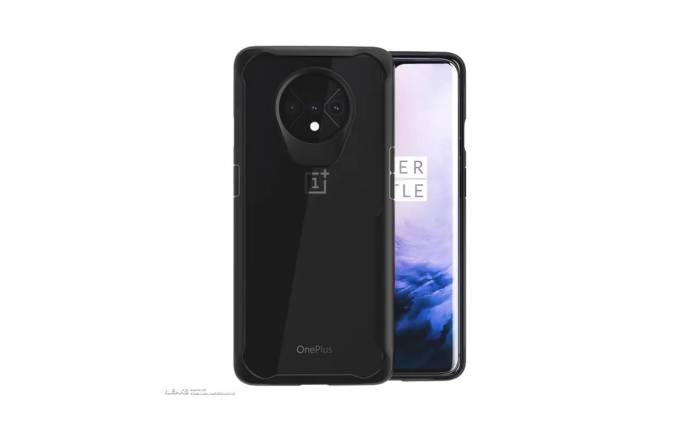 OnePlus is prepping for two new phones–the OnePlus 7T and the OnePlus 7T Pro. The Chinese OEM usually releases the T variant during the second half of the year but this year it’s different. Instead of one, there will be two mainly because there were two flagships released back in H1–the OnePlus 7 and OnePlus 7 Pro. The official launch of the new phones may be late September or early October but at this point, market release isn’t as important as the specs and features.

The OnePlus 7T series will be a bit different from the OnePlus 7/7 Pro because of the round camera module design as leaked last month. Several rendered images and a 360-degree video were published. Soon after, specs and launch details also surfaced.

The latest set of information we have is from Steve Hemmerstoffer (OnLeaks) who teamed up with Compareraja.in. The exclusive feature has listed the specs and features of both the OnePlus 7T and OnePlus 7T Pro.

Let’s start with the OnePlus 7T. The smaller T variant will come equipped with a 6.55-inch Fluid AMOLED screen with 2400 × 1080 pixel resolution and 402 PPI. There’s an in-display fingerprint sensor, 90Hz refresh rate, and support for HDR10+. It will be powered by a Qualcomm Snapdragon 855+ processor, Android 640, 8GB of RAM, and a 3800mAh with WARP Charge 30T Fast Charging tech. Built-in storage is either 128GB or 256GB. The phone will run on Android 10 topped by OxygenOS.

Meanwhile, the OnePlus 7T Pro will have a slightly larger screen at 6.65-inches with 3100 × 1440 pixel resolution, 516 PPI, Fluid AMOLED, on-screen fingerprint reader, and the same 90Hz and HDR10+ support. Most specs are almost the same except it will have 256GB onboard storage, 8MP telephoto (f/2.4, 3x zoom), and a larger 4085mAh battery Launch date is said to be October 10 with the market release on October 15. No word on pricing yet but we’ll let you know soon.