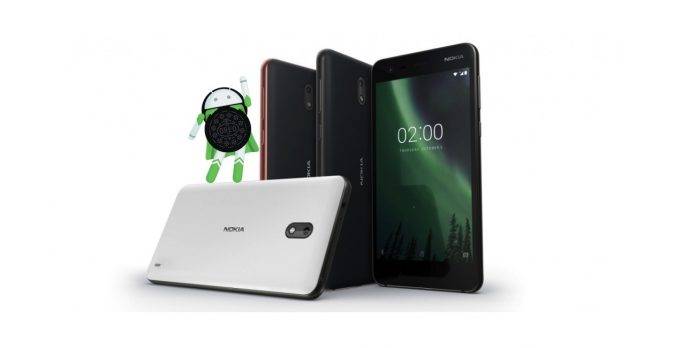 The Nokia 2 is a budget entry-level smartphone packed with a 4100mAh battery. It was first announced in Europe and soon found its way to the United States through Amazon. Just the other day, we saw it pass a series of durability tests with flying colors and now we’ve got information the phone will receive the much-awaited Android 8.1 Oreo.

HMD Global’s Chief Product Officer Juho Sarvikas confirmed the news that the Nokia 2 will be upgraded to Android 8.1 Oreo OS. Believe it or not, even with the 1GB RAM on the Nokia 2, it can still run Android 8.1 but now with Android Go memory management features. The Nokia 2 is sold with Android 7.1.1 Nougat OS out of the box but HMD Global promised Oreo for all Nokia phones so the device is getting it.

The hundred-dollar smartphone has potential to become a bestseller because of the very low price, durability, and medium specs. There’s a 5-inch LTPS LCD screen, 720p display resolution, Qualcomm Snapdragon 212 Quad-core chipset, 1GB RAM, 5MP main camera, 8MP front-facing shooter, and a 4100mAh battery. The long-lasting battery makes an impression because you can’t find any other low-priced Android phone that can last the whole day.