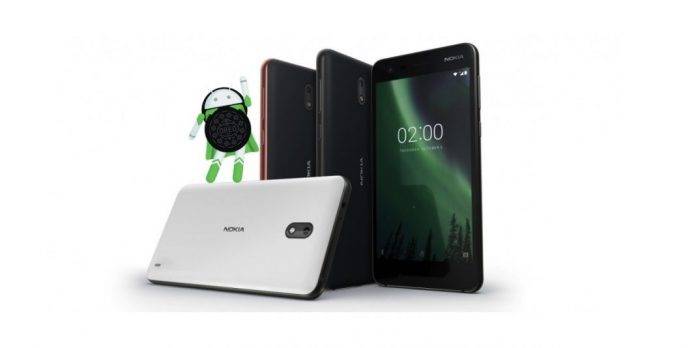 Nokia is busy these days with all the Android Oreo updates. We know for sure all Android phones introduced so far will receive the update and ever since the Nokia beta labs program was announced, HMD Global has been rolling out updates for a number of Nokia phones. We know the Nokia 8, Nokia 7, Nokia 6, and the Nokia 5 can get the cookie update anytime. Nokia 3 will be next as we mentioned earlier. As for Nokia 2, we’ve got information it will be upgraded straight to 8.1. The Android 8.1 Oreo is said to deliver more memory optimization features.

Such update is important because the Nokia 2 only has 1GB RAM. With Oreo, the device can be more powerful. Before Nokia 2, the Nokia 8 has also received Android 8.1 Oreo. That one included a “hamburger emoji fix with cheese now on top of the patty”.

The Nokia 2 is an entry-level Android smartphone . It was earlier announced in Europe with a budget-friendly price. It arrived last November in the United States through Amazon. If you may remember, the phone already went a series of durability tests. We already knew it would be updated to Android 8.1 with Android Go features.

As for Nokia 3, Beta Labs for it will also be available soon. Hopefully, in the next few weeks or before the Mobile World Congress opens.