The Google Pixel 2 is coming although we don’t know when exactly. Several hints and leaks already point to two new Pixel devices and maybe even a third phone. We know the pair is called ‘walleye’ and ‘muskie’ and that Google may also be ditching the headphone jack. The premium flagship devices will definitely have improved features but a cheaper variant may also be in the works.

When it comes to specs, we heard that the tech giant would be investing heavily in LG Display for a curved Pixel 2. Now we’ve got information that the new Pixel line will be powered by a Qualcomm Snapdragon 835 processor. This is naturally expected because it is the most powerful from the brand today that is being used in several premium flagship models already like the Samsung Galaxy S8, Galaxy S8+, Sony XZ Premium, and the newly announced Xiaomi Mi 6. 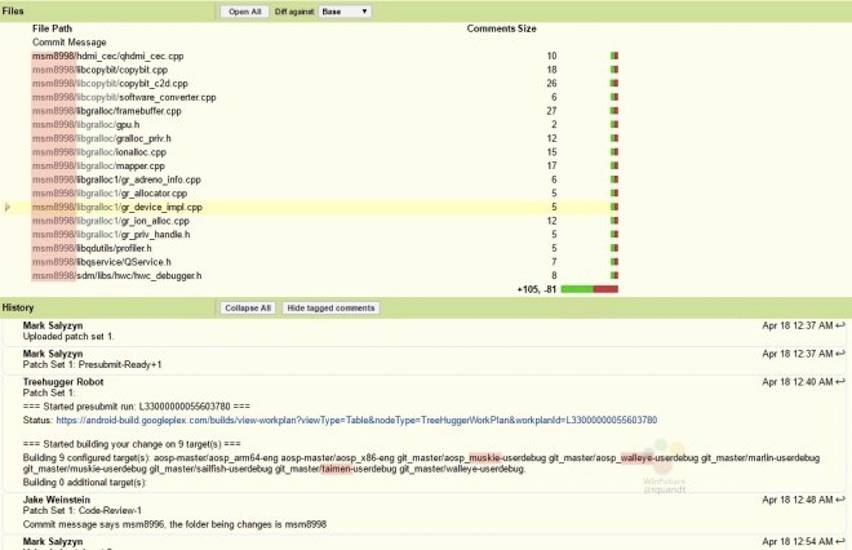 The Pixel ‘Walleye’ and ‘Muskie’ once again came up in the Google AOSP code together with ‘Taimen’. What is notable is that the three appeared with an MSM8998 CPU reference. The latter as we all know is the Qualcomm Snapdragon 835 SoC. Google has no reason to forego this chipset because it is the latest and it has already been tried and tested. It doesn’t need to follow LG who used the S821 instead of the S835 on the G6.

Among the three, we know the Muskie will be the smaller. It could be the Pixel 2 while the Walleye could be the next-gen Pixel XL. The Taimen could just be a mini variant but might be loaded still with a fast processor. We’ll see.