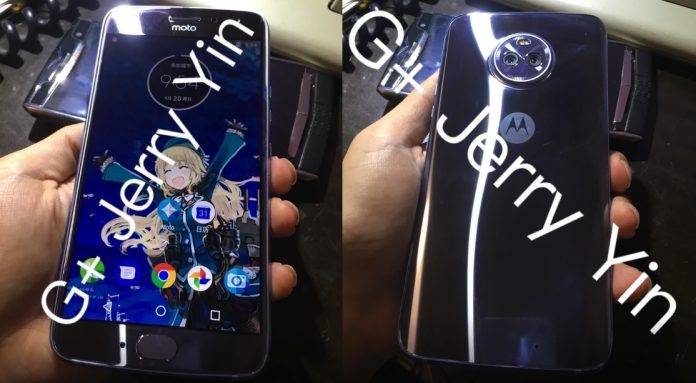 The next-gen Moto X phone has been leaked a number of times already. As early as January, we were told it may not support the Moto Mods. Several images have leaked since last year. We even heard it may use a Snapdragon 625 processor and 3GB RAM based on some information, promo video, and most recently, in another leaked video.

The phone in the image shared by Google Plus user Jerry Yin appears to have a glossy front display. Rumor has it the phone will feature a 5.2-inch Full HD screen, mic beside the fingerprint sensor, and a 16MP front-facing camera. At the back, is the same glossy cover with 3D glass. The rear cameras are dual–12MP and 8MP–for super crisp quality photos. The phone may run a Snapdragon 630 and 3GB or 4GB RAM depending on the storage capacity (either 32GB or 64GB). As for the battery, the Moto X4 is said to be powered by a 3090mAh batt (or is it 3800mAh).

We’re expecting the Moto X4 will be officially introduced to the public this coming August 24 which is before the IFA event. We’ve been hearing different model processors for this new Moto X from Snapdragon 625 to 630 and now Snapdragon 660. Whatever chipset that is, the phone will be another mid-range offering.