Microsoft is at it again, wasting no time signing deals covering royalties and patent agreements from everyone involved in the Android OEM business as of late. The latest to fall victim this time around is Quanta Computers. The name might not be widely known but Quanta is a huge manufacturer of electronic devices. They built the BlackBerry Playbook, the Kindle Fire, and have contracts with companies such as HP, Apple, Dell, Gateway, Lenovo, Sony and many others. Today have signed patent royalty agreements with Microsoft over any Android or Chrome products they intent to build now, and in the future.

For those unfamiliar with the situation, Microsoft has a wide array of patents regarding all sorts of mobile and computational devices, and software. All Android and Chrome based devices are susceptible to infringe on these patents and to cover their bases OEM’s have been forced into signing agreements with Microsoft. There is much more to this story but that is gist of it. This is nothing new and Microsoft has been banking around $5 USD from every HTC Android device sold, that deal alone and net them more profit than Windows Phone 7 as a whole lately. Velocity Micro, Onyko and many others have signed similar deals including another big name, Samsung. 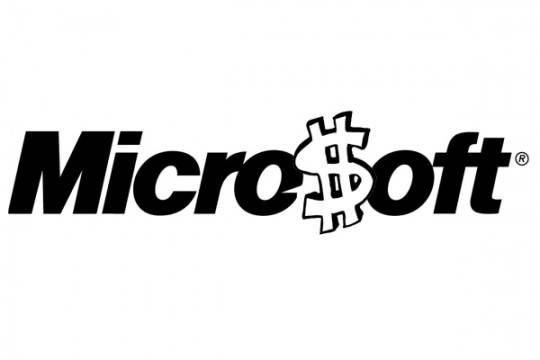 The situation isn’t getting any better and lately we’ve seen a few tweets back and forth from Google and Microsoft employees, while we just sit back and watch it is a bit disturbing. Latest numbers report Microsoft has been making over 3 times more off Android patent royalties then their own mobile OS. Motorola is next on the list for Microsoft, and the huge deal with Samsung was recently completed, so they are about to start making even more.

After the recent news posted above regarding the Samsung and Motorola suits Google finally lashed out at Microsoft. All they got in return was a very small reply — “Waaah”, and that was just about all Microsoft had to say on the situation. The latest analyst numbers claim that Microsoft is in line to rack up a sum of around $440 Million this year alone just from these Android patent royalties, clearly a huge cash crop and that is just one reason why these agreements wont be ending any time soon. While Quanta doesn’t have a lot of devices coming to market with their own name, they are a huge OEM that builds said devices for many many companies and this will be one more agreement Micro$oft can “put in the books”.

What does everyone think? Still a crazy situation that is getting out of hand? I think so.