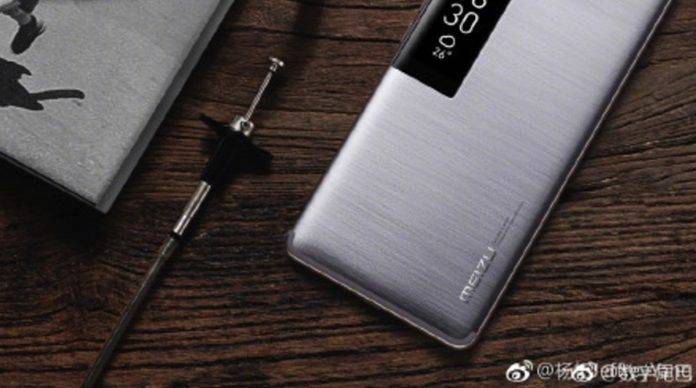 The Meizu Pro 7 will be officially unveiled on the 26th of July. It’s no longer a rumor. We’ve been waiting for this one since it was leaked. Actually, pre-order is available in China already after being spotted on Weibo two times. We’re not sure if a Plus variant will still be revealed but we’re almost certain now that it will have a secondary display based on the latest leaked photo.

Also uploaded to Weibo, the latest photo of the Meizu Pro 7 is the most believable to date. We’re guessing the rear secondary display will make this one a new bestseller from the Chinese OEM.

MEIZU will officially unveil the Pro 7 on July 26, 7:30 PM at a special event in Zhuhai, China. Specs and features we know so far are the following: 5.2-inch screen, 6GB or 8GB RAM, 64GB or 128GB built-in storage, dual rear cameras, 16MP front-facing camera, and a MediaTek Helio X30 processor.

There’s no mention of the battery capacity but we’re hoping better than the Meizu Pro 6’s 2560mAh battery from last year. The 3.5mm headphone jack is still expected to be included while the pricing could start at 2799 yuan which is around $413. As for the Android OS, we’re assuming Nougat for now but which can be updated to Android O once ready. Let’s wait and see.