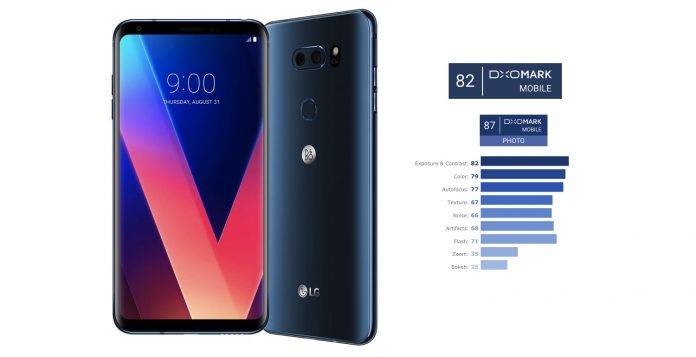 Aside from the Samsung Galaxy Note 8, the LG V30 is perhaps one of the best premium flagship phones launched during the second half of 2017. It will remain as LG’s frontliner until the next-gen LG G7 is ready. LG will not introduce the G7 in Barcelona for the Mobile World Congress but it may be out by March or April. As for the LG V30, we heard a new variant with AI features will be shown off at the MWC 2018.

Before this, the Raspberry Rose of the LG V30 was made available. It received Android 8.0 Oreo but only in South Korea, at least, for now. The smartphone which is offered with a two-year promo credit has topped a number of battery drain tests including that Ultimate Battery Test of flagship phones back in November and the Battery Drain Championship of the World. No doubt, the LG V30 is a clear winner when it comes to battery life.

As for its imaging tech and features, the LG V30 is also a winner. It was once used by GoT cinematographer to shoot “day in the life” videos. DxOMark weighed in on the advantages of the LG V30 even if it didn’t get in the top ranks. The LG V30 scored an 82 average–87 Mobile Photo score and 78 Mobile Video score.

When it comes to video recording, then you may notice some white balance failures with illumination changes, visible residual vibrations with walking motion, plus Autofocus instabilities in all lighting conditions.