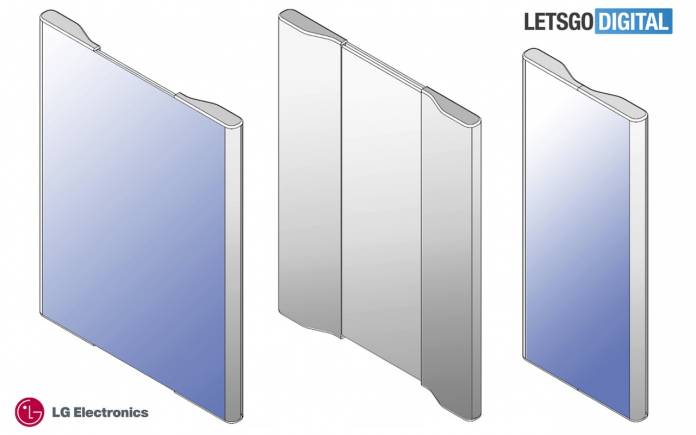 The LG Rollable Phone idea has been heard several times already. The specs, pricing, and launch timeline were leaked last year. It was after we mentioned LG would be introducing the LG Rainbow, LG Rollable, and LG Q83 this year. We don’t think this is impossible because LG is able to come up with innovative phones like the LG Wing. The LG Rollable Phone can turn from concept to reality. It’s only a matter of time and after research, development, and lots of testing.

The latest information we have about the LG Rollable smartphone is its roll-out display that can stretch up to 7.4-inches. By March, we hope to see this unconventional smartphone. It’s part of the Explorer Project, following the LG Wing with Dual Swivel Screen introduced last year.

If you may remember, this was actually teased right after the LG Wing announcement. Details are still scare but the phone is said to have a 6.8-inch screen in its regular form with 20:9 aspect ratio and 1600 × 2428 pixel resolution. When opened or rolled out, it reaches up to 7.4-inches with 1600 × 2428 pixels and 3:2 aspect ratio.

This LG Rollable Phone reminds us a lot of the OPPO X 2021 rollable smartphone. The latter won’t be commercialized just yet so LG could be the first.

This looks like another innovative phone from LG. It is said to be powered by 16GB of RAM and a 4200mAh battery. It has a retractable display that we’re not yet sure how it will work although we’ve seen a few patents before.

LG is expected to reveal some information at this year’s CES 2021. We’re hoping it will tease the rollable smartphone again. Now that will be brave of LG because it will be the first in the market.