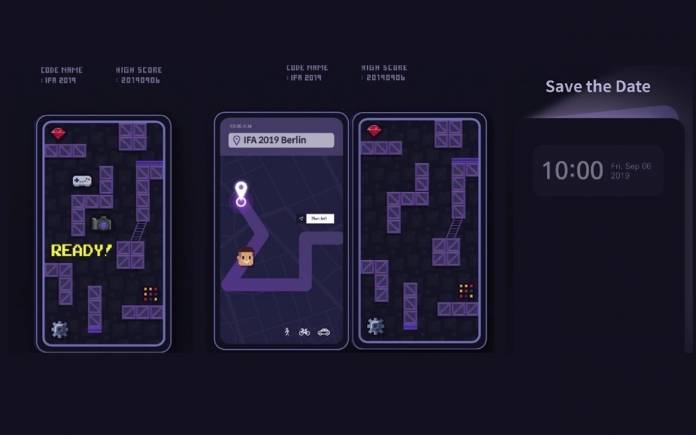 LG is introducing a new product at the IFA 2019 in Berlin. We’re not sure if it has something to do with the recently trademarked “LG Rolling” but definitely, it’s going to be a new phone. After all the hype surrounding Samsung’s Galaxy Note series, we can expect the next few weeks leading to the IFA will be all about more phones. LG, for one, is setting up the public for excitement by releasing a video teaser that will remind you of your childhood because of the retro 8-bit background music.

The new phone could be all about gaming so maybe a gaming phone? It’s too early to tell but we believe LG has all the reasons to be hopeful especially since H1 numbers weren’t that good. The company is going to have a press event at next month’s IFA and it seems it will be focused on gaming.

Gaming could just be one with mobile photography as another focus is represented by the camera in the video. Another screen then folds out to reveal the event details. Now we’re thinking a gaming-centric phone with a kick-ass camera system and how about a foldable screen? Maybe.

If not foldable maybe just dual-screen as with the LG V50 or maybe that LG transparent flexible phone patent that appeared earlier. But then again we remember saying that no LG foldable phone will be announced soon.

The LG event will be held in Berlin on September 6 at 10:00 AM. We’re really curious about the next announcement from LG because several major changes have been happening to the company. It’s determined to lead in the 5G arena even when it’s set to halt smartphone production in South Korea. LG is continously changing strategy in the smartphone business. Let’s cross our fingers LG will once again launch a breakthrough product.