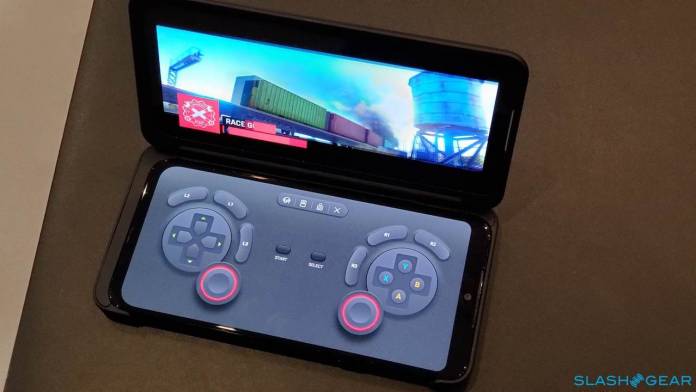 LG is joining the foldable phone category. Well, not really but the other South Korean tech giant has launched the LG G8X ThinQ which is a dual-screen add-on. The device system folds and then opens to reveal two screens where you can do and enjoy more. It was mentioned only once last month and we were even presented image renders by OnLeaks and PriceBaba. Seeing the official photos of the new phone, the renders look nothing like the new Android phone.

LG was mentioned to be launching new products at the IFA 2019 conference and looks like the company just started. LG isn’t new to the dual-screen concept. In the past, we’ve heard of the LG dual-screen Android slider, LG Flip II Dual-screen, and the LG Switch. Today, the LG G8X ThinQ is introduced with a new LG Dual Screen accessory.

The LG G8X ThinQ isn’t really “foldable” but it sure can be folded when it’s with the new LG Dual Screen. The screen isn’t flexible but there are two displays that may be enough. It’s similar to what was launched with the V50 ThinQ but has been updated.

Many people want a bigger screen and the LG G8X ThinQ with the LG Dual Screen offers such. It’s something that may probably help LG reach its goals. We’re not saying LG doesn’t have plans of a real flexible-foldable phone but that may take a while. We’ll just have to settle for renders like that LG foldable phone with two-fold design and stylus support.