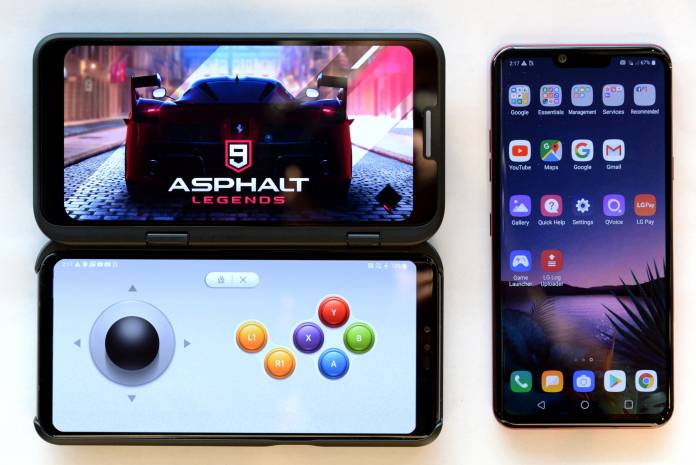 Probably to take advantage of the delays from its competitors like Samsung and Huawei, LG will reportedly be releasing their very own foldable dual display smartphone, the V50 ThinQ in South Korea by May 10. Aside from the anticipated (and dreaded) display, this will also be LG’s first 5G smartphone. Despite the fact that 5G connectivity is still very much in its early days, the Korean OEM believes that they need to take advantage of public interest in 5G smartphones before it wanes.

The LG V50 ThinQ was announced back in February before the start of the Mobile World Congress. It took three months for the device to hit the market since they had to wait for the domestic 5G service to actually become functional, otherwise, the 5G aspect of the phone is useless. Now, according to Business Korea, they have reportedly reached an agreement with three local mobile operators and so the May 10 roll-out will happen.

One of the reasons why they’re keen to bring the V50 ThinQ to users is to take advantage of the fact that its closest competitors for both the foldable display and the 5G devices are delaying their release for various reasons. The decision to launch ahead of Samsung and Huawei may be both good and bad for the brand. It will be good since they will be the first in the market but it can be bad if people’s frustrations over 5G, which is still in its infancy stage, will be associated with their use of the LG 5G smartphone.

As for its foldable phone aspect, LG is confident enough to release it amidst the issues with Samsung’s Galaxy Fold which forced them to delay the launch. LG believes their device will appeal to mobile gamers who can use one screen as a controller and the other one as the actual game screen.