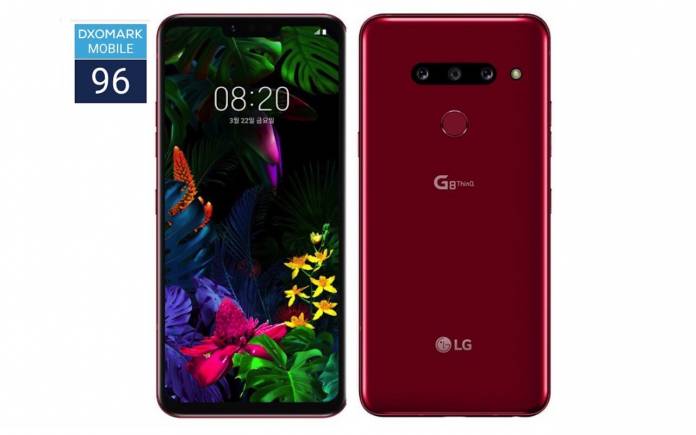 Today, we’re learning about the LG G8 ThinQ as it follows another premium ThinQ phone on DxOMark–LG V40 ThinQ. The LG G8 ThinQ is rolling out in the United States. We’ve got our hands-on feature as shown off during the Mobile World Congress 2019.

The LG G8 ThinQ was intriguing even before the public launch because we were told it would arrive with a selfie camera with ToF 3D technology. The phone features a Crystal Sound OLED tech. When it comes to imaging, here’s a rundown of the camera specs: a triple camera system that includes 12MP with f/1.5 and OIS, 16MP Ultra-wide and f/1.9 lens, 12MP telephoto f/2.4/PDAF/OIS.