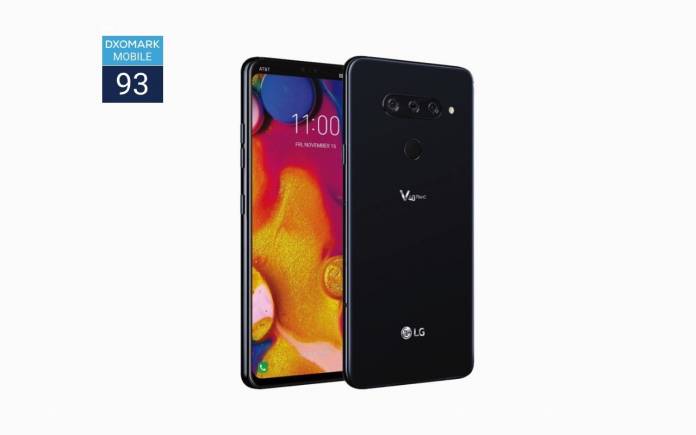 DxOMark currently has a new king–kings actually as the Samsung Galaxy S10 5G tied with the Huawei P30 Pro. They won’t be overtaken or replaced anytime soon but we won’t be surprised if some OEM dares to challenge Samsung and Huawei. The other South Korean tech giant LG may not be a frontrunner in mobile photography but the brand introduces decent camera phones. The last LG devices that appeared on DxOMark were the LG G7 ThinQ and the LG V30 with 83 and 32 as Mobile Scores.

The numbers aren’t that impressive but good enough. Recently reviewed on DxoMark is the LG V40 ThinQ. We’re very much curious about this because of the five-camera design. There are three rear cameras and dual selfie shooters.

The phone was unveiled in October. We got our hands-on feature and we told you about the 10 Things You Needed to Know about the LG V40 ThinQ.

Some advantages of the camera system include accurate target exposure in indoor conditions, generally vivid and pleasant colors, well-controlled noise, well-rendered details in outdoor conditions, plus decent detail-noise tradeoff in outdoor/indoor when zooming.

Unfortunately, you may notice some strong underexposure, visible halos and aliasing, loss of sharpness in the field, lost fine details in indoor/lowlight conditions, and noticeable slight yellow-greenish casts.

When it comes to taking videos, you will notice the fast autofocus, accurate target exposure in indoor and lowlight, and vivid and pleasant colors. Details are also well-preserved even when indoors. The downside: visible focus instabilities, slightly low target exposure, visible Luminance noise, and visible frameshift in walking scenes.