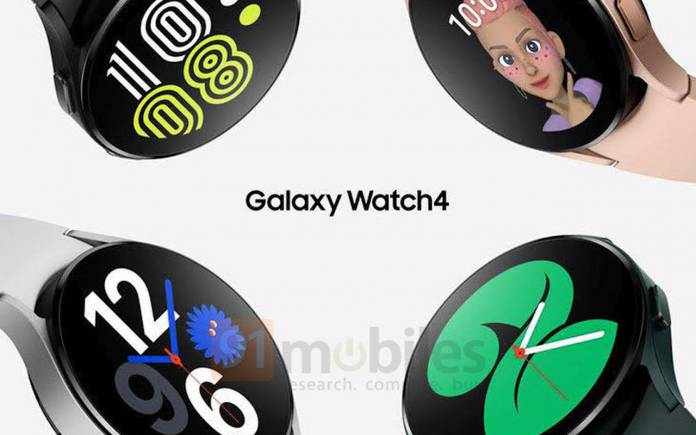 The Samsung Galaxy Watch 4 was first thought to be unveiled during the Galaxy Unpacked event together with the new foldable phones. That is not happening as the South Korean tech giant is expected to launch the new smartwatch series this month. A June 28 reveal is expected to happen. Exclusive renders have surfaced over the weekend, giving us a glimpse of the upcoming WearOS-powered smartwatch. We can see the new watch in all angles including the branding, design, and colors.

The Samsung Galaxy Watch4 is said to be released in two sizes: 40mm and 44mm. It will come with Gorilla Glass DX+ protection and 5ATM and MIL-STD 810G durability. The wearable device, as per the renders, will come in Rose Gold, Dark Green, Silver, and Black.

The watch appears to have a pair of buttons on the right edge. Definitely, the device will run on Tizen OS with Google Wear OS. The new version of the wearable platform that combines the power of Tizen and WearOS is said to offer improved battery life and performance in several ways. We hope to learn more about the new Wear OS at the MWC.

The new renders almost match those we have seen last week. The Samsung Galaxy Watch 4 showed up in an FCC listing and has received a 3C certification so we know it’s almost ready and will be out soon.

We’re certain the three variants will not happen as there will only be two: the regular Galaxy Watch4 and the Galaxy Watch 4 Active. Of course, the Wear OS is official. We can also look forward to the smartwatch having ATL and Samsung SDI batteries.