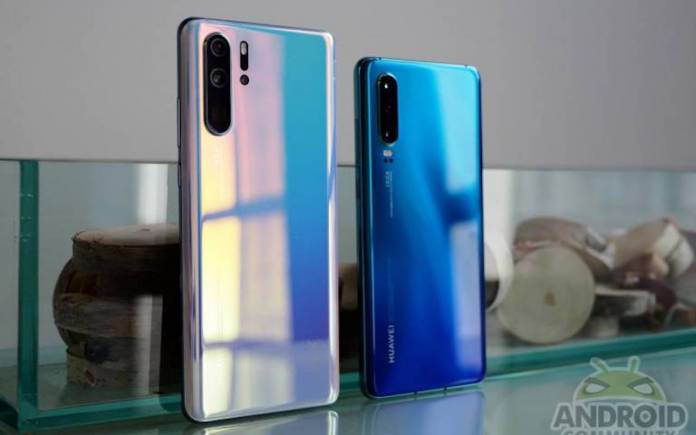 Huawei has always been the talk of gadget town ever since it took the mobile crown from Xiaomi. The top Chinese OEM is unstoppable as it has already overtaken Apple in the mobile industry. It comes after the long-time tech giant Samsung. Huawei is still determined to become Number 1 despite the several challenges the company has been facing since last year and made worse last month. Businesses with Huawei are being cut off and discontinued by several American firms amidst the US trade ban.

By now, you already know what’s been happening. Huawei’s future is still uncertain as the company is poised to lose billions. Revenue is being hit hard by the US trade ban but surprisingly, the Chinese brand has already sold 10,000 units of the Huawei P30. That’s only within three months since market launch.

The Huawei P30 series is definitely a big winner. Together with the Huawei P30 Pro, the phones have been topping benchmarks and reviews. The imaging performance is mainly a factor, thanks to the periscope camera design and the software available. We’ve got our Huawei P30 and P30 Pro hands-on where we told you their cameras can beat those from other smartphones.

There have been contradicting opinions about Huawei. Even information coming from the company differ. It’s uncertain and the tech giant shared the fact that it may lose a lot of money but it’s also giving Huawei device owners assurance that Google services will continue. At this point, we don’t know really but perhaps a teardown of the Huawei P30 Pro will give us an idea. 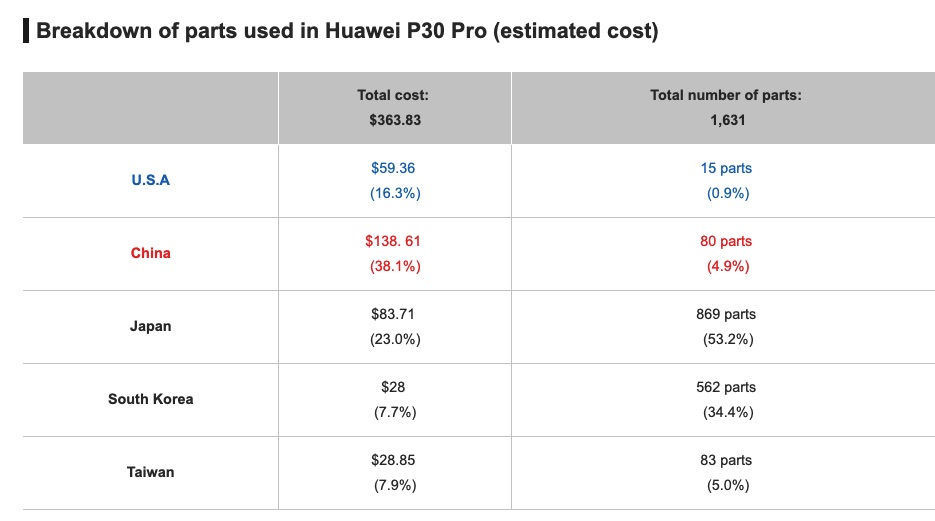 A post by the Nikkei Asia Review shows us the anatomy of the latest premium flagship from Huawei. Check out the list below and see where each of the components is sourced:

Huawei gets DRAM, Large IC, Communication semiconductors, Cover glass, Audio amp, and MIPI switch from the United States. Most of them are major parts? Do you think Huawei can survive with the American firms?