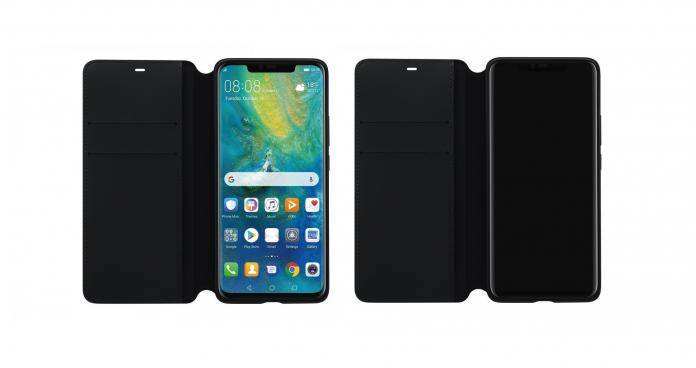 Aside from the Pixel 3 phones, we’re also looking forward to the Huawei Mate 20 series phones. The top Chinese OEM will be launching the next flagship phones next month in a special event after weeks of several rumors, speculations, and leaks. We’ve already seen the Huawei Mate 20 Lite images and specs and learned the Huawei Mate 20 phone may arrive with a front 3D camera. Some renders also surfaced showing the triple rear shooters and a waterdrop notch.

We’re only looking at these images as renders and not official photos from Huawei. The Huawei Mate 20 Pro has been sighted with the following accessories: a Silicone Cover, Smart View Cover, and a PU Wallet Cover. Images of the new Wireless Charger and NM Card were also included.

The phone covers appear to look like regular cases. You can see a squarish opening for the camera system that shows three camera lenses and a flash. They confirm the triple cameras of the Mate 20 and Mate 20 Pro. The Smart View Cover shows a small display while the PU Wallet Cover offers some slots for credit cards or money.

The NM Card (Huawei NM Card) looks like a SIM card but it’s really an SD Card. The Wireless Charger tells us the Mate 20, or at least, the Huawei Mate 20 Pro variant will feature wireless charging.