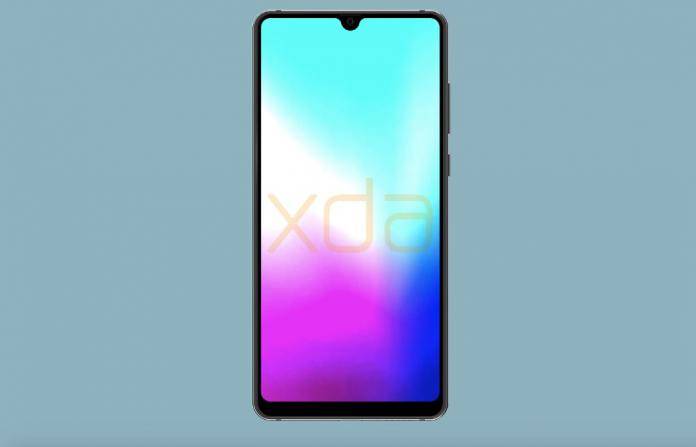 Huawei is working on another set of smartphones under its Mate series. We’re looking forward to seeing the Huawei Mate 20, Mate 20 Pro, and the Mate 20 Lite. These phones aren’t just regular Mate devices. The Mate 20 boasts a waterdrop notch and a complicated camera system that can beat some of the premium models available in the market today. The notch is slowly becoming a standard in flagship phones but the Mate 20’s is smaller. It’s not as wide the Meixu X8, OnePlus 6, or even the Huawei P20 Pro. The Mate 20’s notch is small it may remind you of the Essential Phone.

Apart from the small notch, the triple rear cameras make the Huawei Mate 20 more interesting. You can say this is like the Huawei P20 Pro that may also arrive with a front 3D camera, large display with on-screen fingerprint sensor, and again, triple cameras at the back.

The XDA devs just posted their own renders of the Huawei Mate 20 based on photos of an actual Mate 20 phone. Firmware files were previously sighted so we have an idea what the specs will be.

So far, we know the Huawei Mate 20 will boast a large 6.3-inch AMOLED screen, 4200mAh battery, 6GB of RAM, 128GB onboard storage, and a iSiliconH Kirin 980 processor. We’re assuming this one will already run on EMUI 9 based on the new Android 9 Pie OS.

The specs are basic information. We have no idea about the dimensions or the bezel size but we can see the phone is almost bezel-less. The notch obviously is where the camera and earpiece are placed and the chin is still big.

No image of the back was provided but there is a rear fingerprint reader there. This means there will be no on-screen fingerprint sensor yet.

The new Huawei Mate phones may also be available in Gold, Blue, and Black but we won’t be surprised if a gradient version similar to the Huawei P20 will be introduced. We’re really interested in the three cameras at the back and the rumored 3D front camera, at least, on the Mate 20 Pro variant.

The Huawei Mate 20 Lite will be the watered-down version with the following specs and features: a 6.3-inch screen LCD screen, 2340 x 1080 pixel resolution, Kirin 710 Octa-core chipset, 6GB of RAM, 64GB onboard storage, and a microSD card slot for memory expansion. The Lite may even have dual 24MP and 2MP selfie shooters and dual 20MP rear cameras.