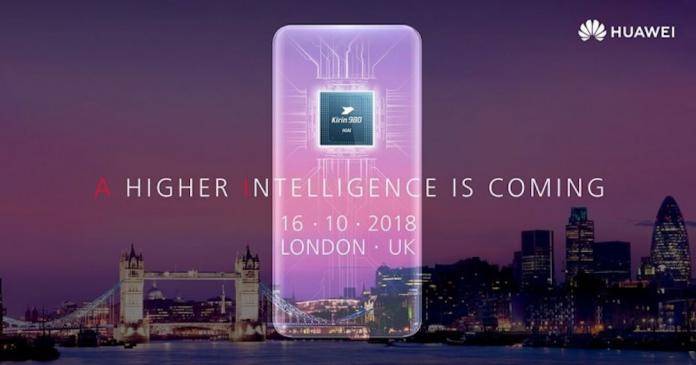 The Huawei Mate 20 series smartphones are about to get official after only over a month of rumors, leaks, and speculations. We started in early August with the Huawei Mate 20 Lite images and specs being leaked. We were told the Mate 20 phone would arrive with a front 3D camera while renders also surfaced with a waterdrop notch and triple rear shooters. It came to our knowledge the Mate 20 will receive Android 9 Pie update as well but we have no details when exactly.

Today, we’re learning the exact date of launch as an official invite is being distributed. Over at IFA 2018 in Berlin, the top Chinese OEM announced a date but it’s only now that it’s becoming official. Save the Date–October 16, 2018 will be D-Day for Huawei.

The Huawei Mate 20 Pro and the Mate 20 are highly anticipated because they will run on Kirin 980 which is the latest and fastest mobile processor yet from Huawei’s HiSilicon group. The chipset will continue Huawei’s focus on artificial intelligence as the Kirin 980 includes a bunch of AI features.

Based on the invite, we can see a square chipset placed in the upper center of the phone. The SoC in the image is strategically positioned in the central upper part of the smartphone outline. It somehow confirms the quad-camera setup positioned in a square as we’ve seen in early renders.

The HiSilicon Kirin 980 is the first commercial 7nm SoC to power Huawei Mate 20 series. It is promised to offer 178% more power-efficient GPU and 46% more speed plus a total of 37% boost in overall performance. The CAT 21 LTE modem on the Mate 20 phones will be as fast as 1732 Mbps.

When it comes to imaging, the Huawei Mate 20 phone will feature 40MP, 20MP B/W, and 8MP tele cameras–the same lenses found on the Huawei P20 Pro. There will be the LED flash and a new square arrangement.