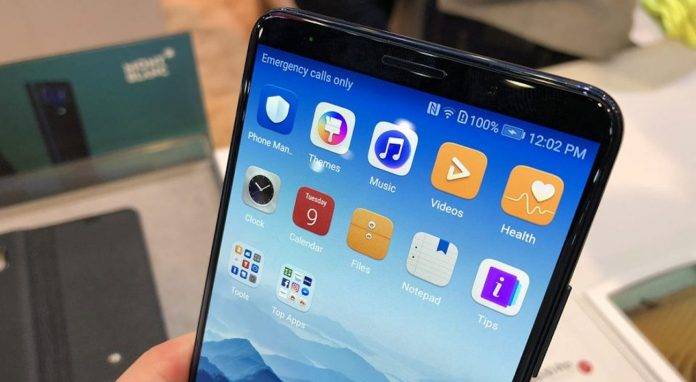 AT&T may no longer be selling Huawei Android phones in the United States but the top Chinese OEM is finally and officially ready to make waves in the country. The company is expected to expand the business. It will challenge Samsung and Apple, as well as, ZTE. The latter is the fourth biggest phone brand in the US that is actually another Chinese company.

At this week’s CES event in Las Vegas, Huawei launched the Mate 10 Pro as rumored before that it would arrive first through Verizon. By February, you can avail of the phone unlocked and SIM-free. Interestingly, it won’t be available from any carrier but through third-party stores and retailers. To review, the Huawei Mate 10 Pro comes equipped with a 6-inch OLED screen, Kirin 970 processor, FHD resolution with 18:9 aspect ratio, 6GB RAM, 128GB built-in storage, 8MP front-facing camera, Leica-developed 20MP and 12MP dual monochrome and RGB rear cameras, 4000mAh battery, and USB Type C. Sadly, it doesn’t have any microSD card slot so forget about memory expansion.

Huawei will be aggressive in marketing the smartphone in the US. It’s already known as “The Best Phone You’ve Never Heard Of”. A Porsche Design edition will be ready with a slowly higher price. The Huawei Mate 10 Pro will be available for pre-order in February which is still a month from today. Delivery will begin on February 18. The Porsche edition won’t be up for pre-sale but will begin shipping also on the 18th. If you avail of the phone before April 17, you can receive a $150 gift card from wherever you will get the device from. Price tag reads $799.

The US is only one market but it’s really big. If you do well here, it’s good as gold. If you. However, don’t expect the smartphone to be available from AT&T. The deal isn’t pushing through so Huawei has started to rethink of its global plans. AT&T did cut the deal because of the spying and security issues. We understand the pressure and now even Verizon is doing some rethinking. We have a feeling the decision is more political because the US Senate and House intelligence already expressed their concerns directly to the FCC.

The mobile carriers’ security worries are valid. Huawei may still be welcome in the country but these US telecom providers probably don’t want additional problems should something go south.

VIA: SlashGear, The Information, Android Police