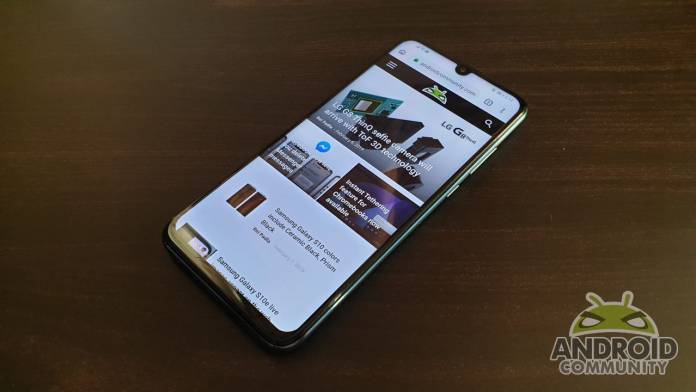 The Honor brand has been around since 2015 as Huawei’s means to enter the US market. The public has since been introduced to a number of Honor phones starting with a mystery phone on TENAA which turned out to be the Honor 5X. There’s also the Honor 4X, Honor 6, Honor 6+, V8, 5A, Honor Note 8, Honor 8 Lite, Honor 8 Pro, Honor 9 Lite, and Honor 7X among others. A number of these Honor phones were upgraded to Android Oreo. Last year, we saw the Honor 10 with 19:9 display, dual cams with AI features, and learned about the possibility of image segmentation capabilities.

Huawei may not have a hold of the US market, no thanks to the government’s efforts against it. We’re not focusing on that issue but Honor is fully independent of Huawei. It’s a subsidiary brand that can be considered as above Xiaomi because of the high-end specs and features it can offer but still with affordable prices.

If you’re observant, you will notice some Honor phones are just the same as Huawei devices like the Mate or P series. Honor phones may be copies of Huawei smartphones but they are more affordable.

The Honor 10 Lite launched a couple of months ago with a large 6.1-inch display and 6GB RAM. It follows the Honor 9, Honor 9 Lite, and the Honor 10.

Honor sent us an Honor 10 Lite to review and after a few weeks of using it, we’ve formed an opinion. It’s a mid-range phone that comes with an affordable price. It’s mid-range alright but some specs are almost premium: 6.1-inch screen, 4GB/6GB of RAM, 64GB/128GB onboard storage, “Higher Intelligence”, 24MP selfie camera with AI and Portrait Mode, dual 13MP and 2MP depth-sensing rear cameras, HiSilicon 12 nm SoC chipset, and a 3000mAh battery. The unit we have is only 3GB RAM so we don’t see it offering the ultimate performance. 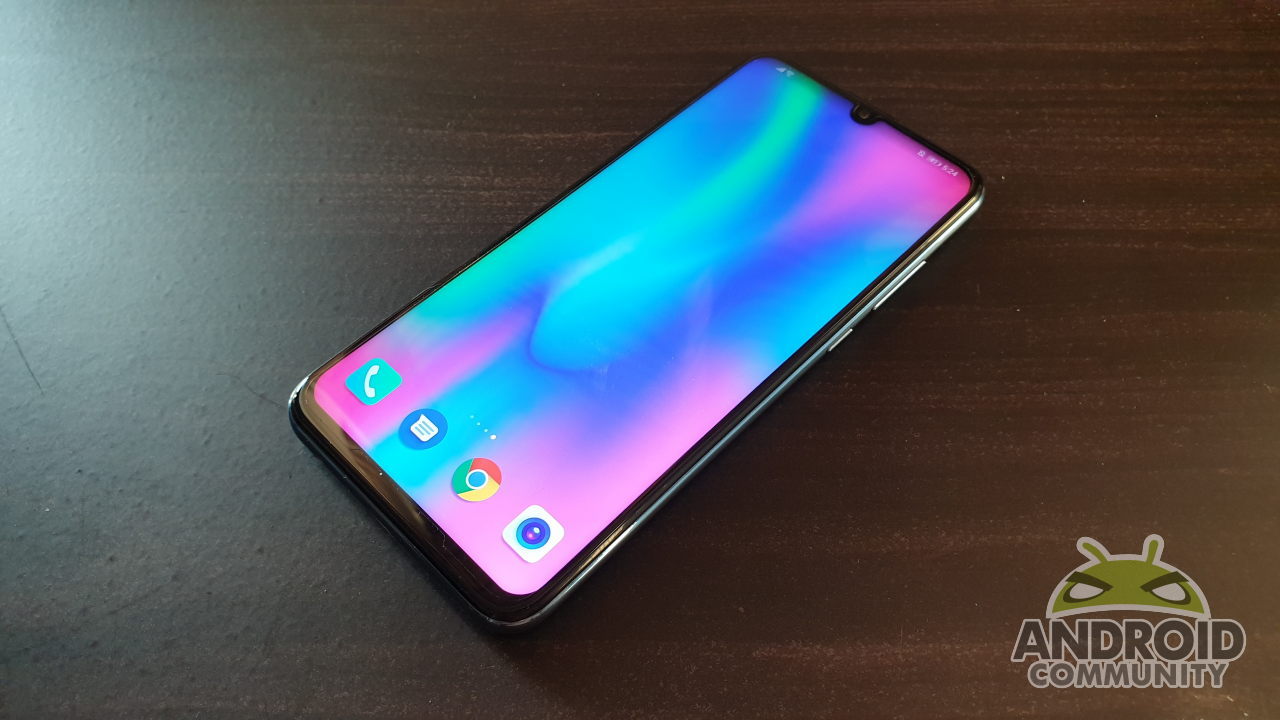 The Honor 10 Lite we have is Gradient Blue. ( Other colors available are Gradient Red, Lily White, and Midnight Black). It will remind you of the Honor 8X. Instead of a wide notch, the Honor 10 Lite has a small, waterdrop notch similar to the Essential Phone. This means there is a bigger screen real estate. The phone isn’t bezel-less because of a chin where an LED indicator is hiding.

A round fingerprint scanner is found on the rear. The dual rear cameras are almost the same as well.

The Honor 10 Lite phone is lightweight but feels a bit “plasticky” compared to the Honor 8X. It looks premium but the build material is just plastic with some metallic coating. It’s not all bad because plastic is more shatterproof.

As with most Huawei phones, the Honor 10 Lites come with a clear silicone protector case out of the box. 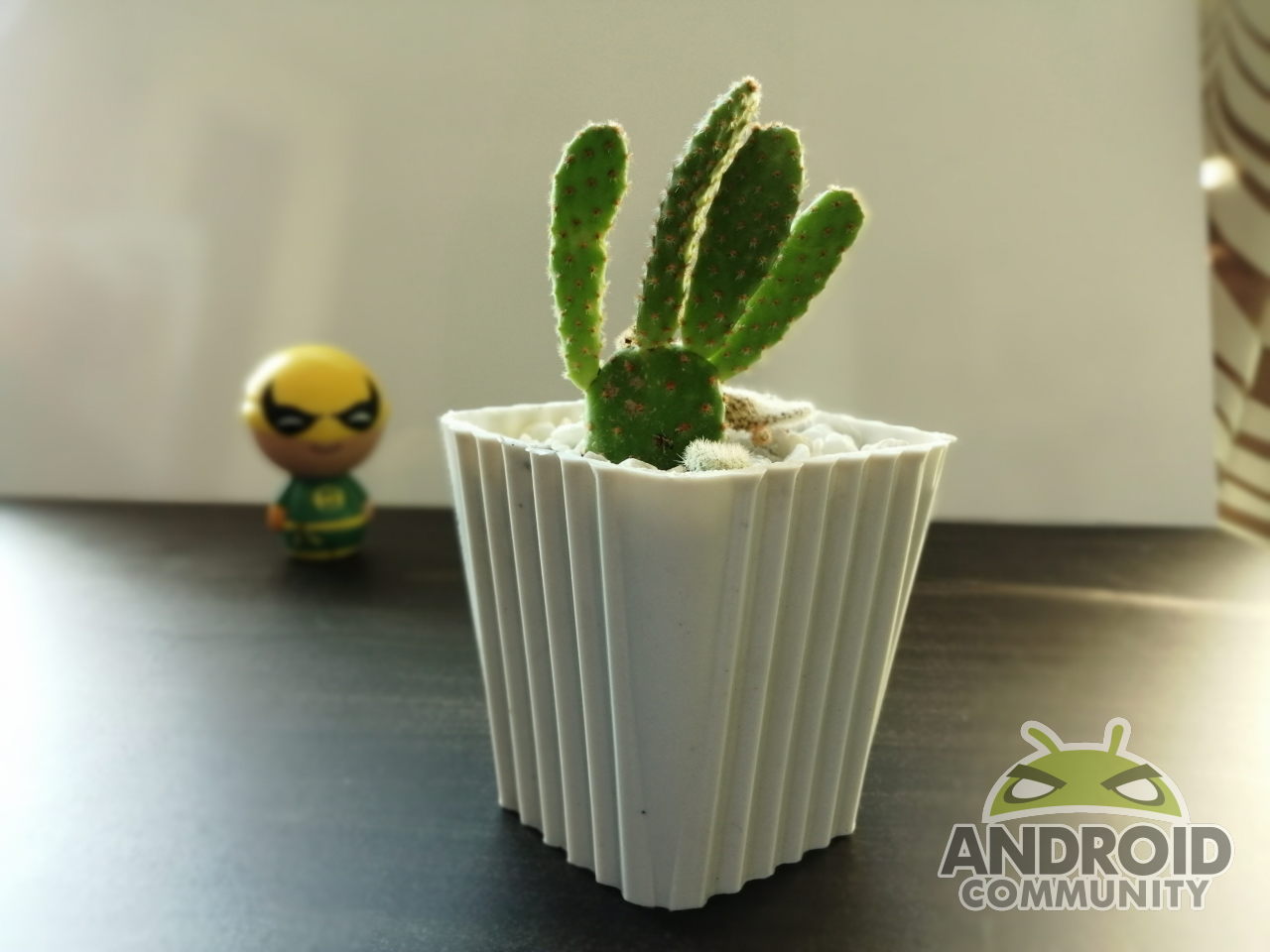 The placing of the speakers, mic hole, and headphone jack are similar to the Honor 8X. And just like the Honor 8X, audio quality is decent. It’s not spectacular so sorry, if you’re looking for premium quality audio, this isn’t for you.

When it comes to mobile photography, the Honor 10 Lite can compete with other flagships from Huawei and other popular OEMs with the high MPs and AI Camera function. The selfie camera especially is impressive with 24 megapixels. Expect the usual Beauty Mode, AI effects, and focus on portrait mode. Here are some camera samples:

Honor 10 Lite’s Snapdragon 710 chipset offers mid-range performance. Graphics are okay and can compete with other mid- to premium flagship Android phones. It can run graphics-intensive game with no problem. Make sure you close other unused apps. The 3GB RAM isn’t enough because there are cases when a game or app would drop.

Battery performance is good enough for one whole day on a single charge. It can drop fast if you’re on mobile data or playing games but charging should be fast and easy (but still not quick-charge level). The phone can last you the whole morning and afternoon at work or in school and even your commute back home. You’ll only need to charge the phone when you get home for next day’s use.

Like the Honor 8X, this one uses mini-USB. We were expecting Honor would decide on a micro USB C but perhaps one reason could be to keep the price down.

The phone runs on Android 9 Pie topped by EMUI 9.0. You may see Google Play services and other pre-installed apps if you have the international version.

Is the $250 Honor 10 Lite worth it? Yes, for a mid-range Android phone with almost premium specs. If only the RAM was higher, then may the Honor phone may perform faster. We like the large form factor as it is ideal for watching videos. Charging is not as fast because of the mini USB so cross your fingers the next-gen Honor phone will use USB C.