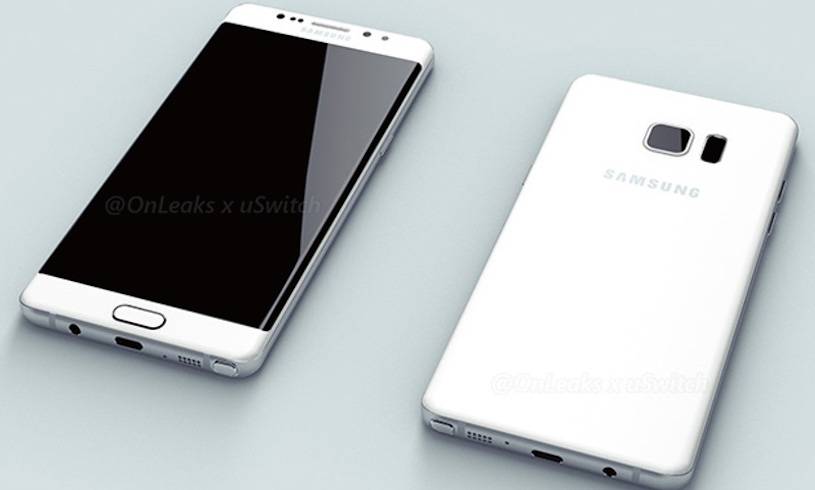 Much has been said about the Galaxy Note 6. We already said it could also be called as the Galaxy Note 7 and that it may have an Edge or Lite variant, and that firmware development for the next Galaxy Note reportedly began earlier with Focus app and USB Type C. This time, we’ve got information that the upcoming Galaxy Note 6 or Note 7 would have the S Pen, curved edge screen, and a 2k (QuadHD) resolution.

More information are expected to be leaked but for now, thanks to NoWhereElse and USwitch for the details and photos. Blueprints were recently discovered, giving us an idea how the Note 6 would look. Such blueprint is usually for accessory makers for them to know the design and dimensions of a particular mobile device and model.

If there really is a Galaxy Note 6 or Note 7, gadget-case manufacturers should have instructions by now. We’re not doubting this set of images here because the purported Note features the familiar Samsung Galaxy design. We have no idea about the front-facing camera sensor but we can expect it to be at 12 megapixels just like the Galaxy S7. Other specs may include the now standard fingerprint sensor, gyro, compass, accelerometer, heart rate, and barometer.

There seems to be a lot of holes up front. We’re guessing the earpiece, camera, and flash but the two extra holes could be for the rumored Galaxy Eyeprint or Galaxy Iris as one example of eye sensor technology. Such tech is not exactly new because there’s already biometrics but it would be the first time to be used on a smartphone or at least commercially. The idea that a phone will use iris scanning has been heard just last week but Samsung already launched the Galaxy Tab Iris in India for government banking. As early as April, we already heard about the Note 6 possibly getting an iris scanner.

According to the blueprint, the Galaxy Note 6/7 would measure 153.5mm x 73.9mm x 7.9mm (h x w x t). The numbers only slightly changed from the Galaxy Note 5 and Galaxy S7 edge. We’re also guessing the non-removable battery would be around 3700mAh to 4000mAh and that phone will have a USB-C port and will be water-resistant.