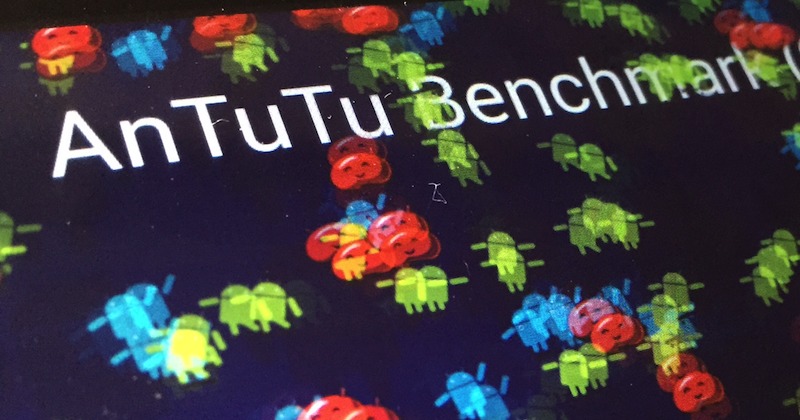 It’s April 1. Nope. No April Fool’s Day joke from us. We were just reminded that the first quarter of the year is over. This means performance and financial reports will be released in the next few weeks or days. As expected, software benchmarking tool AnTutu was quick to release the best performance report for Android smartphones.

Has it been that quick? I can still remember writing about the Most Popular Android Smartphones of 2014 back in January and now we’re in Q2. 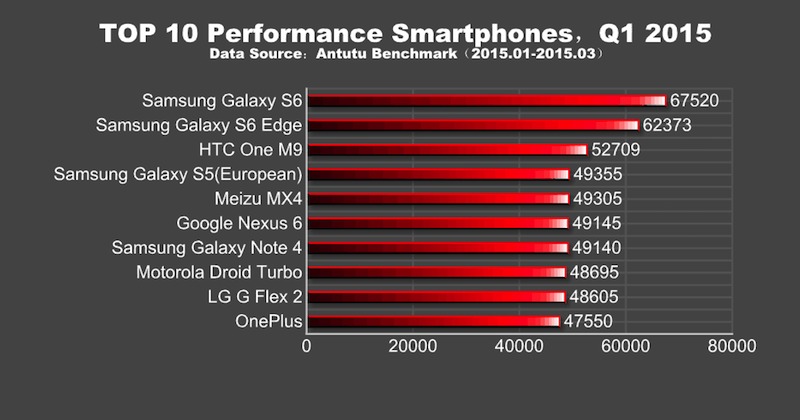 We never doubted this will happen because the two flagship phones from the South Korean giant have been performing well and the Galaxy S6 already scored highest in a processor benchmark. Recently, it was proven as water-resistant (at least under 20 minutues but not waterproof) and brutally dropped on the floor and survived. It is believed to have the best OLED display today too and the S6 edge is faster than the iPhone 6, thanks to Samsung’s very own Exynos 7420 processor used.

Ranking third is the HTC One M9 powered by a Qualcomm MSM8994 Snapdragon 810 chipset. Samsung trailed behind with the European Galaxy s5 (SM-G901) variant in fourth place. This special edition runs a Qualcomm Snapdragon 805. Very close behind is the Meizu MX4 powered by an MT6595 and with a 49305 score.

Top 5  to 10 are as follows: Google Nexus 6, Samsung Galaxy Note 4, Motorola Droid Turbo, LG G Flex 2, and OnePlus One. The Nexus 6 and the Galaxy Note only had a 5-point difference. That’s not surprising though since they have the same 3GB RAM, 2K screen, and processor. Joining the list for the first time is the Droid Turbo XT125 (Verizon model).

Based on the scores and data analysed, the Samsung Exynos 7420 used on Galaxy S6 and S6 edge offered the best GPU performance followed by the Qualcomm 810 (used on the HTC One M9 and LG G Flex2), Qualcomm 805 (Galaxy Note 4, Nexus 6, and Droid Turbo), Qualcomm 801 (OnePlus and Galaxy S5), and MTK MT6595 from Mediatek used on the Meizu MX4.

The AnTuTu Benchmark also revealed the Top 10 Performance Chips during the first quarter: Qualcomm 805 with 50%, Qualcomm 810 with 10%, Qualcomm 801 with 10%, Samsung Exynos 7420 with 20%, and another 10% for the MTK MT6595. These numbers show that Qualcomm is the biggest winner even if Samsung got the best performance scores.