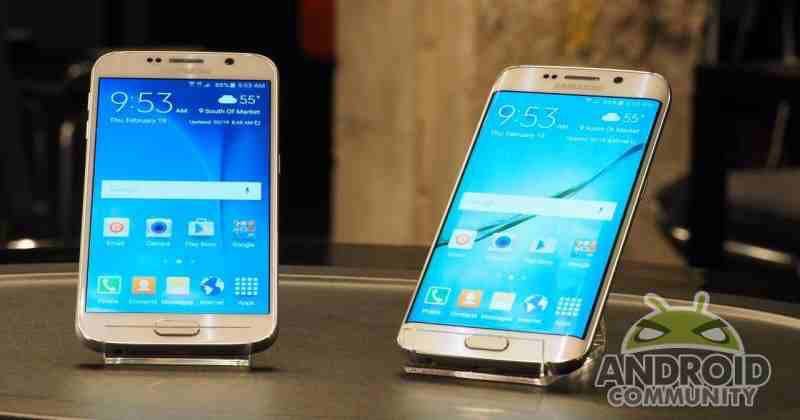 Samsung’s latest flagship smartphones, the Galaxy S6 and S6 edge, use the South Korean giant’s very own Exynos SoC with the latest 14 nm manufacturing process technology. You won’t find any Snapdragon model now because Samsung decided to utilize its own Exynos division on its latest phones unveiled at MWC 2015 earlier this week.

The Samsung Galaxy S6 currently uses an Exynos 7420 chip. Phone already operates Android 5.0.2 and seems like performance is very impressive. Why, the latest Geekbench Report on cross-platform processor benchmark shows Galaxy S6 with a high score of 4,547. That’s the highest among all the smartphones benchmarked recently. 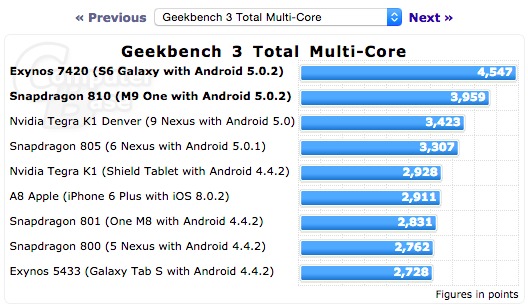 While the high scores may mean phone’s performance is fast enough, these are just numbers. You know how benchmark tests can be manipulated. Real proof that a mobile phone is great are the reviews of actual users. Still, Galaxy S6 getting the highest score is impressive.

Even before the Galaxy S6 was revealed, we heard rumors that Samsung would be ditching Qualcomm processors due to overheating and would be using its Exynos chip instead. Now we know that Samsung has indeed decided to switch to Exynos and move away from Qualcomm Snapdragon process–and now we know why: it’s very fast.