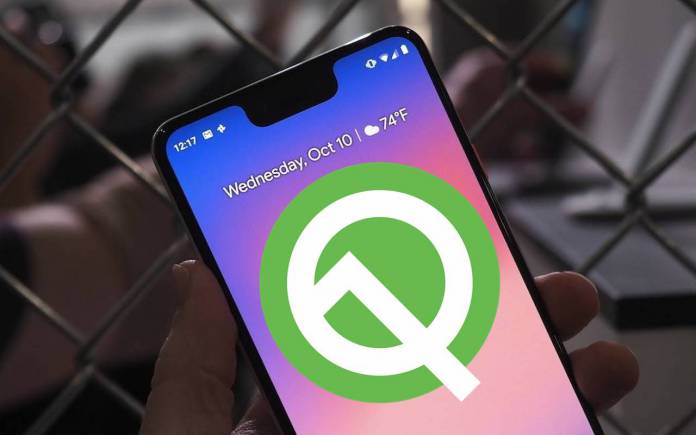 Android Q was first mentioned here back in June and ironically, it was for the Essential Phone. The latter has been having issues and to be honest, we are not sure if a second-gen model will still be released. Android Q is expected to do many things like warn apps running on older Android versions, Multi-Resume and Multi-Display for Foldables and other devices, system-wide dark theme, background clipboard reads, new permissions, and easy SIM lock option. A number of improvements are also expected including an enhanced Dual SIM function and up to 50% savings of power consumption.

Android Q may also do away with the back navigation button. Before the beta release this week, Android Q was rooted earlier by a Magisk developer. Just yesterday, we said Android Q Beta program would be ready for more devices this year.

Android Q Beta is out. It will be more interesting this year because a number of innovations have rolled out. Displays are almost bezel-less these days while some still have the notch design. Top OEMs have even started with the foldable phones so we’re curious as to how Android will adapt.

Android support for foldables will be available. That is something we learned in back in November immediately after the Infinity Flex Display was announced by Samsung.

Of course, we won’t forget the 5G rollout because its availability will mean ultra fast speed. The faster the Internet, the more possibilities.

The Android Q Beta program will start rolling out for more phones but initial release will be for the Pixel phones. We can look forward to better security and privacy especially after the Google Play Protect was recently updated to better secure Android against malicious apps. Runtime permissions may be a hassle for the developers but they definitely help secure the system.

Android Q is bringing more features that will strengthen privacy and security. New APIs for connectivity will be introduced while system enhancements will give way for the foldables. Expect new media codes, camera features, Vulkan 1.1 support, NNAPI extensions, and faster app startup among others.

There is no information when Google will release the final Android Q version or when the Android Q dessert will be announced. We’re more concerned about the features centered on security and privacy. Android offers a number of protection features like OS controls for apps to ask permission, file-based encryption, encrypted backups, lockdown mode, and lockdown of camera/mic background access.

Android apps are now given more control over location. Android Q is expected to work towards transparency. Personal data will be more secure than ever. When it comes to user engagement, Android Q hopes to bring new users to your apps.

You can get the Android Q beta by manually flashing it. Just note you won’t get OTA updates if you flash.

Here is the Android Q Timeline so you will have an idea when to expect the latest OS version: