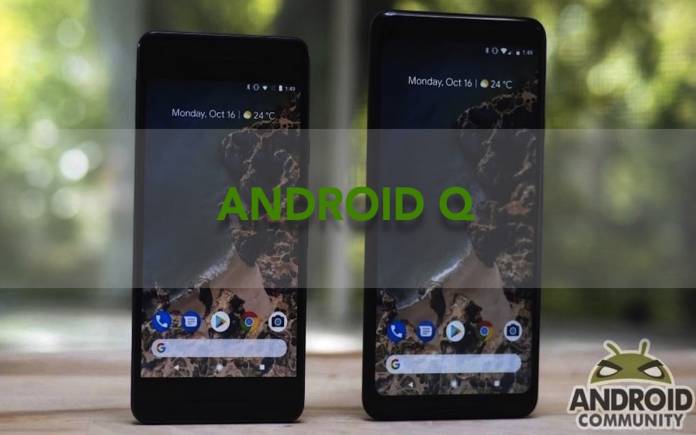 The Android Q is coming. There is no official launch date yet but we believe Google will be revealing a lot of information during the Google I/O 2019 in May. The first time we mentioned the new Android dessert here was when the Essential Phone was said to still get Android Q. Since then, we’ve been sharing little details like how it will soon warn apps running on older Android versions. The next Android could also feature Multi-Resume and Multi-Display for Foldables and other devices.

Android Q may be ready for mobile users and developers ahead of AOSP. So far, we know it’s also going to include a system-wide dark theme, easy SIM lock, blocking of background clipboard reads, new permissions, and probably no more back navigation button.

An early build has been revealed but now, we’re looking forward to the first developer preview that will be exclusive for the Pixel line. The Android Q Beta program will follow soon at the Google conference happening on the 7th of May.

Google has allowed early previews of the new Android now only for the Pixel and Nexus but also to other Android devices. Android P Beta running on other phones means more reviews and feedbacks, therefore, more things to make right.

The information was shared by Android Developer Mr. Illiyan Malchev in a special podcast interview recently. There is no mention how many OEMs will join the beta program but definitely more than seven.

Interestingly, the bug tracker for Android Q Beta submitting bugs has been sighted online according to XDA Editor-in-Chief MishaalRahman. He shared over on Twitter the link. 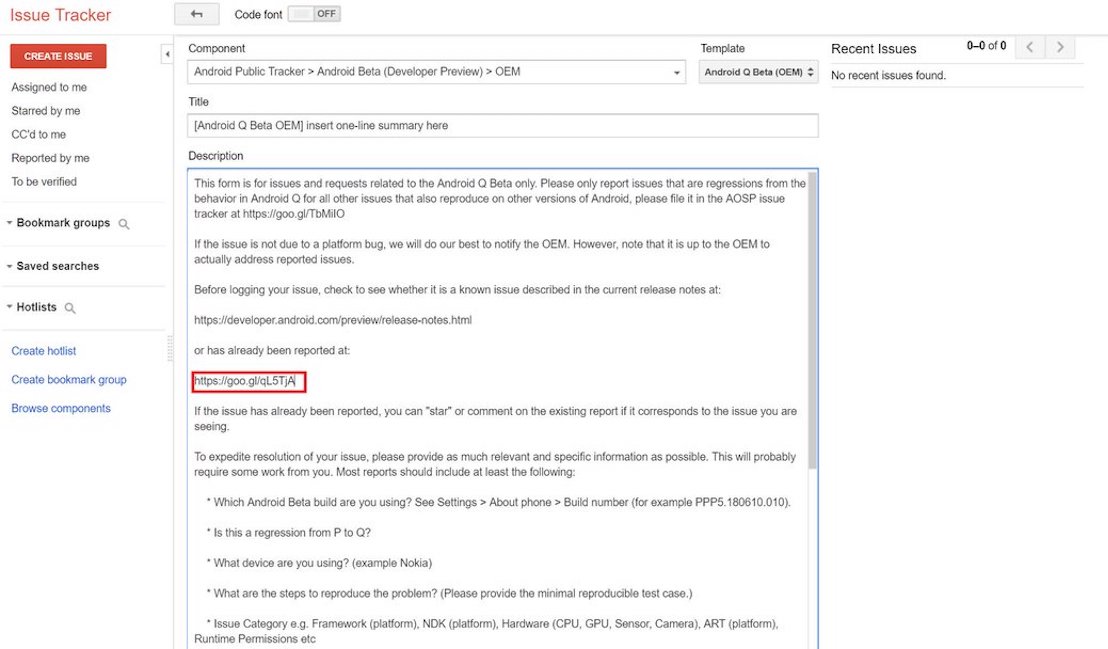 An unknown AOSP was also spotted on Geekbench recently and we’re guessing it’s the Pixel 2 with Android Q already. 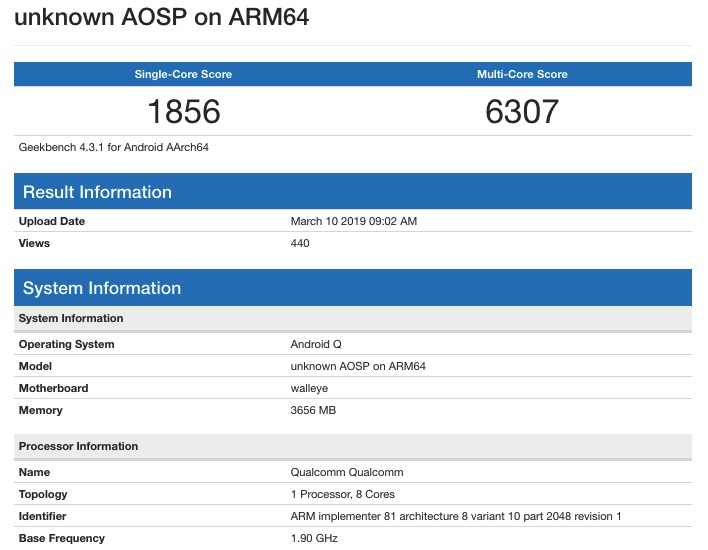 Seems like Google opened up the bug tracker for submitting bugs related to the Android Q beta. The link to check for existing bugs filters by date created after March 11th.

Are you ready for Android Q?