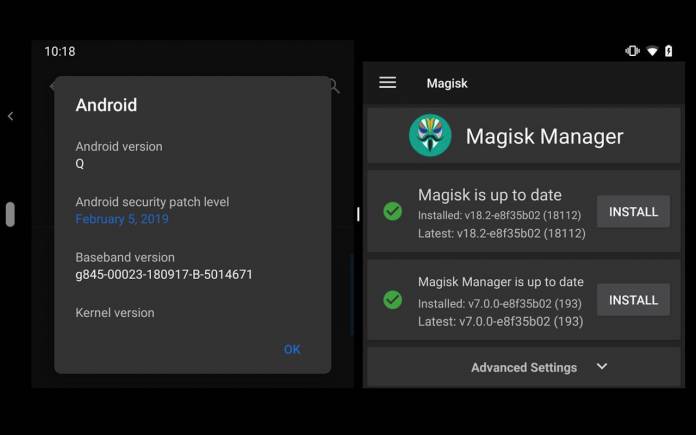 The next Android dessert will be presented at the Google I/O in May. No, the new Android OS name won’t be revealed yet but the Android development team will show off what can be expected from this new version of the platform. The first time we learned something related was back in September 2018 when Android Q was said to warn apps running on older Android versions. We know it will include things Google has been working on like Multi-Resume and Multi-Display.

As early as November 2018, we said Android Q may be ready for mobile users as developers were ahead of AOSP. We noted how Android Q early build features system-wide dark theme and that it may let carriers easily SIM lock smartphones.

So far, we heard Google may be blocking background clipboard reads and adding new permissions. I may also be focused on improving the Dual SIM function on the Pixel 4 and removing the back navigation button.

Nothing much to say further but John Wu, creator of Magisk, has shared on Twitter that Android Q has been rooted already. This is way before any official build is ready.

Wu said that it’s a “weird flex but OK”. We’re not sure what he means by that though.

Android Q is officially rooted (before any official build is available). Weird flex but OK ? pic.twitter.com/tQ3tomb35n