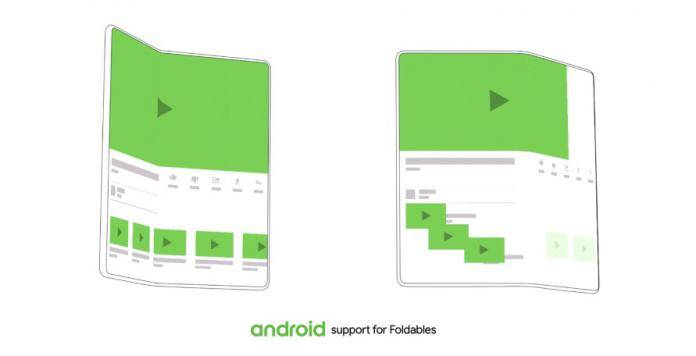 Samsung has recently announced the Infinity Flex Display and teased its foldable phone. It’s not the final design yet but we know the display technology is almost ready. The South Korean tech giant also showed off the improved Bixby and One UI. Google may be privy to Samsung’s plans so we’re assuming they’ve been working on the flexible display although there is no formal confirmation. We’re guessing Google is anticipating more OEMs will venture into this tech as several brands have already expressed their intentions like Huawei and LG.

Google wants to make sure the mobile experience is smooth on the flexible screen. The company has showed off first illustrations and animations for foldable Android. “Foldables” are a new form factor which started as a concept.

Now that more brands are making their plans known to the public, Google has begun to incorporate the foldable and flexible display category. It’s a new technology that requires further research and development because of the new user experience it offers.

A phone can be transformed into a tablet by unfolding the screen. The idea is to provide a bigger screen than standard smartphones.

Watch this preview of Android Foldables by Google:

Screen continuity is how Google describes Android Foldables by Google. It’s only one feature but it allows a freer and more continuous mobile experience. The goal is seamless use even when you’re folding or unfolding the device.

Google explains there can be two variants available: one-screen devices and two-screen devices. Its developers are in the process of optimizing Android for the flexible display. Also included in the process is helping other devs to use the technology so they can also make more related experiences.