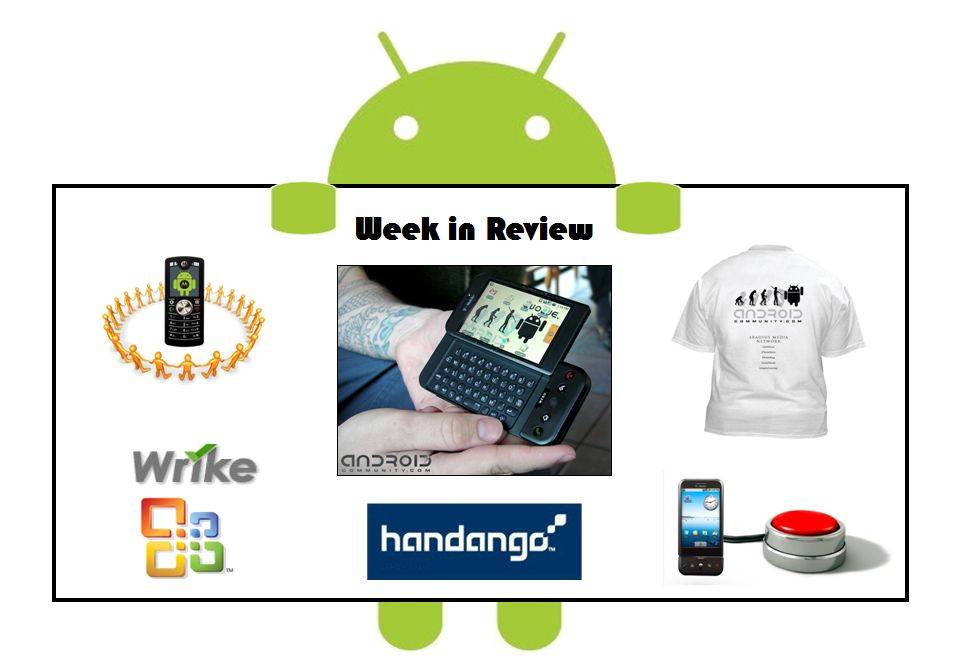 What a week it has been for Android Community. We started off with a story about T-Mobile selling 1.5 million G1 handsets already in pre-orders. T-Mobile has refused to comment on these numbers, suggesting that they are far too high. Logically, if the actual numbers were the same as reported or higher, T-Mobile more than likely would have happily taken the credit. We also got the chance to put out the first ever exclusive Android Community hands-on G1 review!

We were really excited to be able to completely go through and test the G1 this past week. We found the G1 was very small and sturdy in your hands. The user interface was amazingly responsive and easy to navigate. Applications such as TuneWiki and ShopSavvy (formally known as GoCart) still have me in awe. However not everything about the G1 was something to celebrate. The battery dies extremely quickly, we have been led to believe that it is the lack of a way to end background processes such as applications. We have found that GPS does not work in all cities. We were able to quickly find our location in Scottsdale AZ, however the G1 was not able to locate positions in Manhattan NY. We are not sure if it is a firmware issue or network issue.

Google has a killswitch in their operating system that can disable applications remotely “just in case”. Unlike Apple with the iPhone, Google was very upfront with letting the public know about it. Motorola hinted that the new 350-member Android team is working on a social networking based Android-powered handset. Information about this handset came from an ad placed for a position on their Android development team. Microsoft may one day bring their Flash-equivalent to Android with their Silverlight program. This would be a large advantage for the Android platform over the iPhone which currently does not have Flash.

Handango will be the first to bring both free and paid applications to the Android Market. This is good news for new G1 owners who are looking for popular applications such as Garmin turn-by-turn directions. Many mobile gamers will be happy to know that games such as Spore may be on their way to the T-Mobile G1 very soon. Not many people use Gmail to synchronize their contacts, the vast majority of people use Microsoft Exchange to manage their address books. Out of the box the G1 does not support Exchange synchronization, but it didn’t take long for Wrike to create an application that will sync your Exchange contacts to your phone. Currently it only supports one way synchronization, but they promise to soon have two-way functionality.

Here at Android Community we have had a lot going on, our community member Designdawg has created what now is our site banner. We were so impressed that we even made a few limited-edition shirts using the design. We are just about to wrap up our Golla G1 case giveaway. We have had 11 winners so far, the last contest winner will be announced on October 22nd, the day the G1 is set to launch. We also held the official Android Community G1 launch party in Texas, hopefully a real treat for our members; the lucky few close enough to take part got to meet the people behind Android Community and some walked away with some really nice prizes.