The Vivo NEX launched mid-year and it wowed the Android community with its elevating camera. It’s an ingenious way to hide the selfie camera as it allows an almost bezel-less screen, resulting in a bigger display. A teardown allowed us to uncover its secret and we can say it is special in numerous ways. It followed the Vivo APEX FullView concept Android phone. The device also went out of China but soon, a new rumor about a second-gen NEX has begun.

Vivo’s new NEX smartphone surfaced with triple cameras and a secondary screen on the rear. A lunar ring was also spotted and we even anticipated 128GB storage and 10GB of RAM.

More leaked photos illustrated the dual-sided screens and a new camera system. True enough, the Chinese OEM officially launched the Vivo NEX Dual Display Edition phone. Call it Vivo NEX 2 if you want because it’s easier to remember but do take note of its formal name.

Vivo may not be the top Chinese brand but it’s definitely one of the more popular among the hundreds of OEMs in the country. To be honest, Vivo has given us some of the more advanced phones like the Vivo X20 and the X21 UD—first devices to be equipped with an on-screen/in-display fingerprint sensor.

Vivo launched a new display technology way ahead of Samsung—still the No. 1 mobile company. We won’t be surprised if it becomes one of the top mobile OEMs in China and the rest of the world. It may be behind Huawei and Xiaomi right now but it has a big potential.

The Vivo NEX Dual Display phone boasts some of the latest technologies available in the mobile industry. The Qualcomm Snapdragon 845 processor is complemented by 10GB of RAM which is a first. You won’t find a microSD card slot so there is no memory expansion although the 128GB onboard storage should be enough.

Benchmarks tell us the speed and performance and we managed to check the new Vivo NEX phone with Geekbench and AnTuTu among others.

The device is powered by a 3500mAh battery. It’s large enough but because of the secondary screen, we know the battery may not last longer than expected. You see, it’s powering two displays although the second one isn’t frequently used. The battery can still last up to a whole day.

The phone’s design is unique although we’ve also seen the ZTE Nubia X with the same dual display. The Vivo NEX 2 looks like a premium smartphone. It fits perfectly in one hand. It’s not light nor too heavy—just right. The components inside give the device a perfect balance and a solid feel.

The glass-metal-glass sandwich design has been implemented. It’s actually screen-metal-screen. The phone offers structural integrity, thanks to the aluminum frame.

The power button and volume rocker are located on the right side of the smartphone while the AI assistant button is on the left side. Vivo calls the AI assistant as “Jovi”. The headphone jack is on the top edge while the bottom part shows the speaker grille, USB-C port, and a SIM card tray. 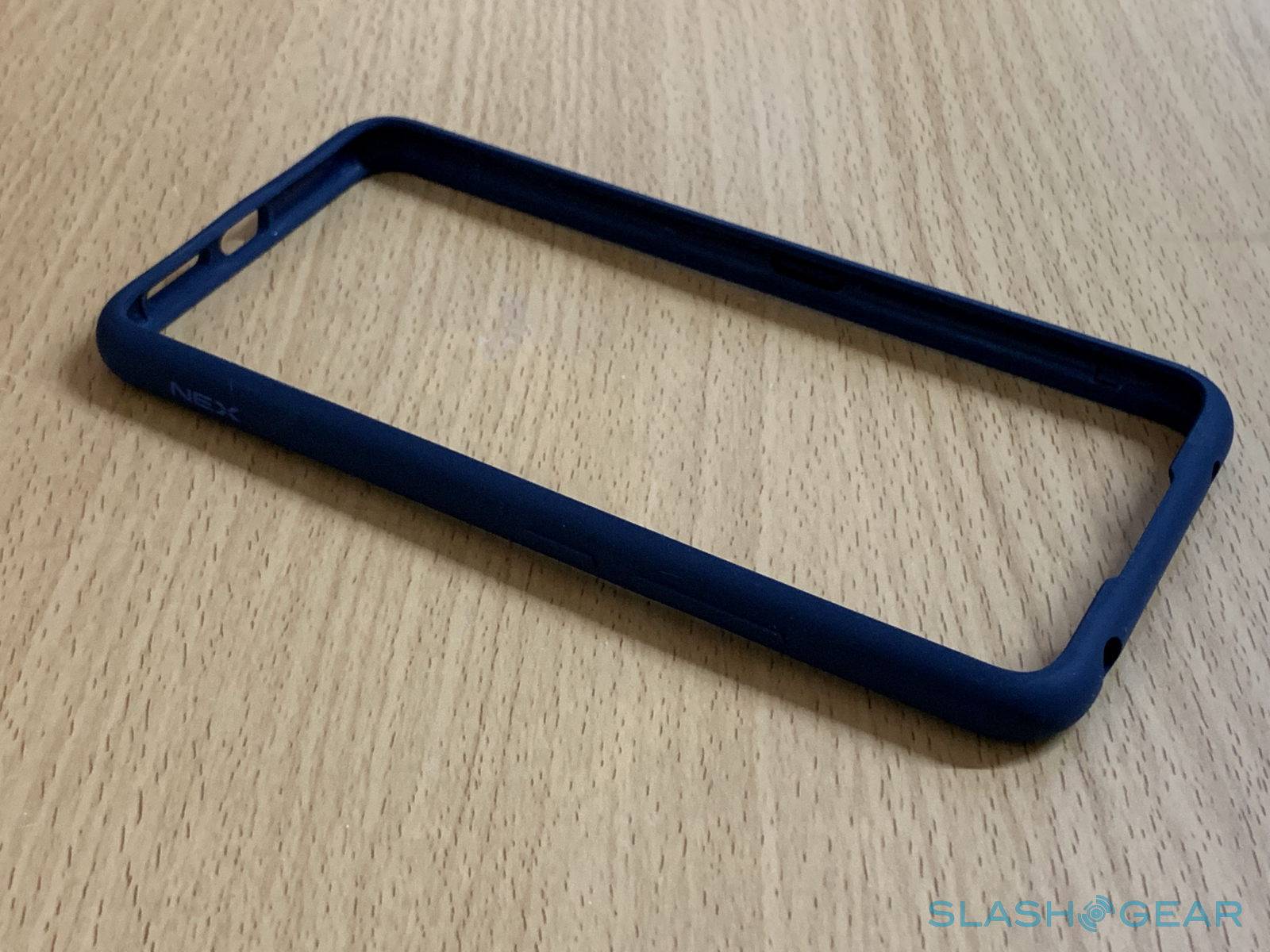 Vivo ships the phone with a special bumper since you cannot use any phone case. There may be accessories available in the near future but for now, the bumper will do. 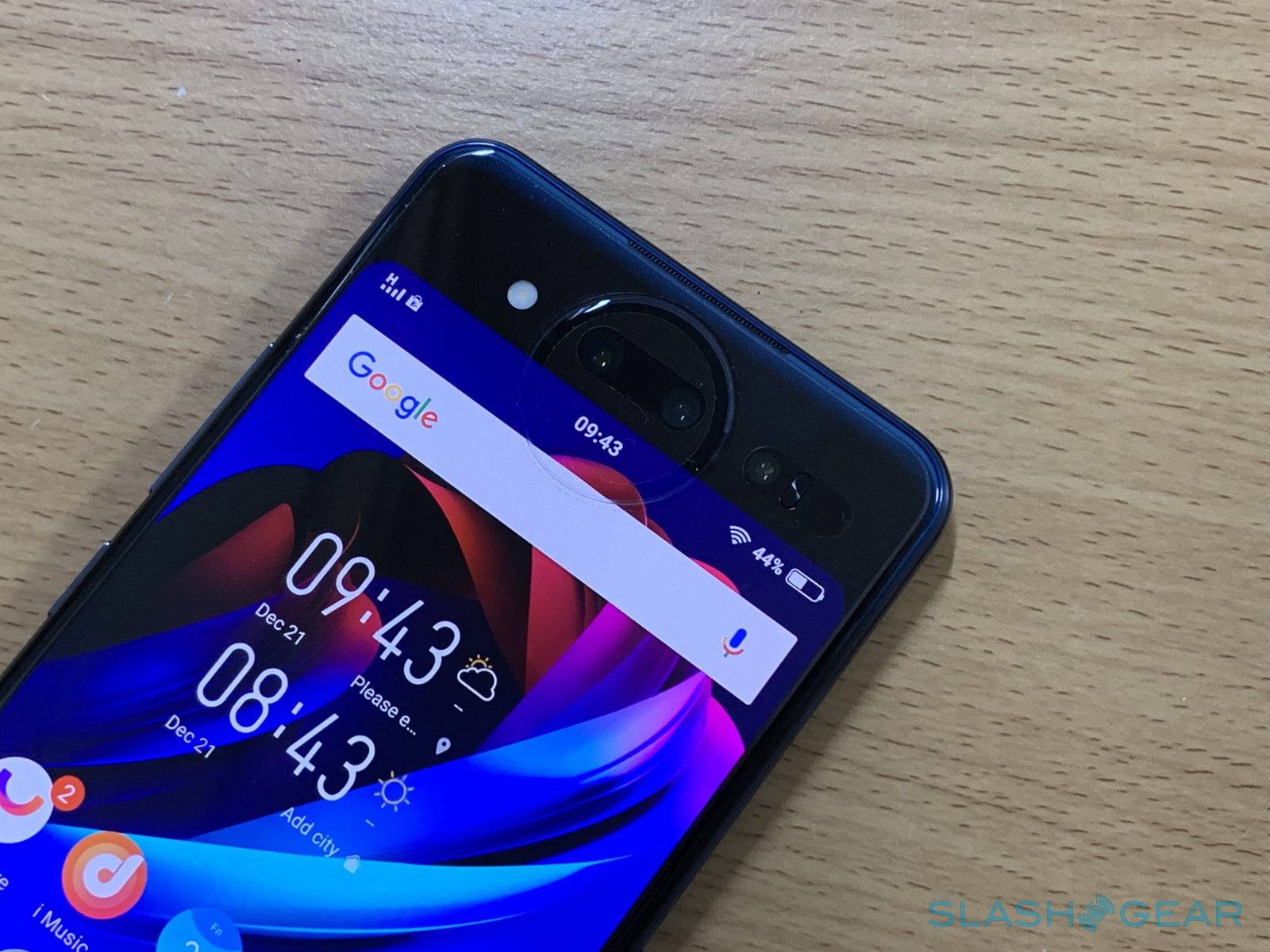 The front display doesn’t include any notch, camera hole, or a selfie camera for a reason. The bezel-less display is attractive in all its 6.39-inch AMOLED panel glory with 19.5:9 aspect ratio and 2340×1080 pixel resolution. 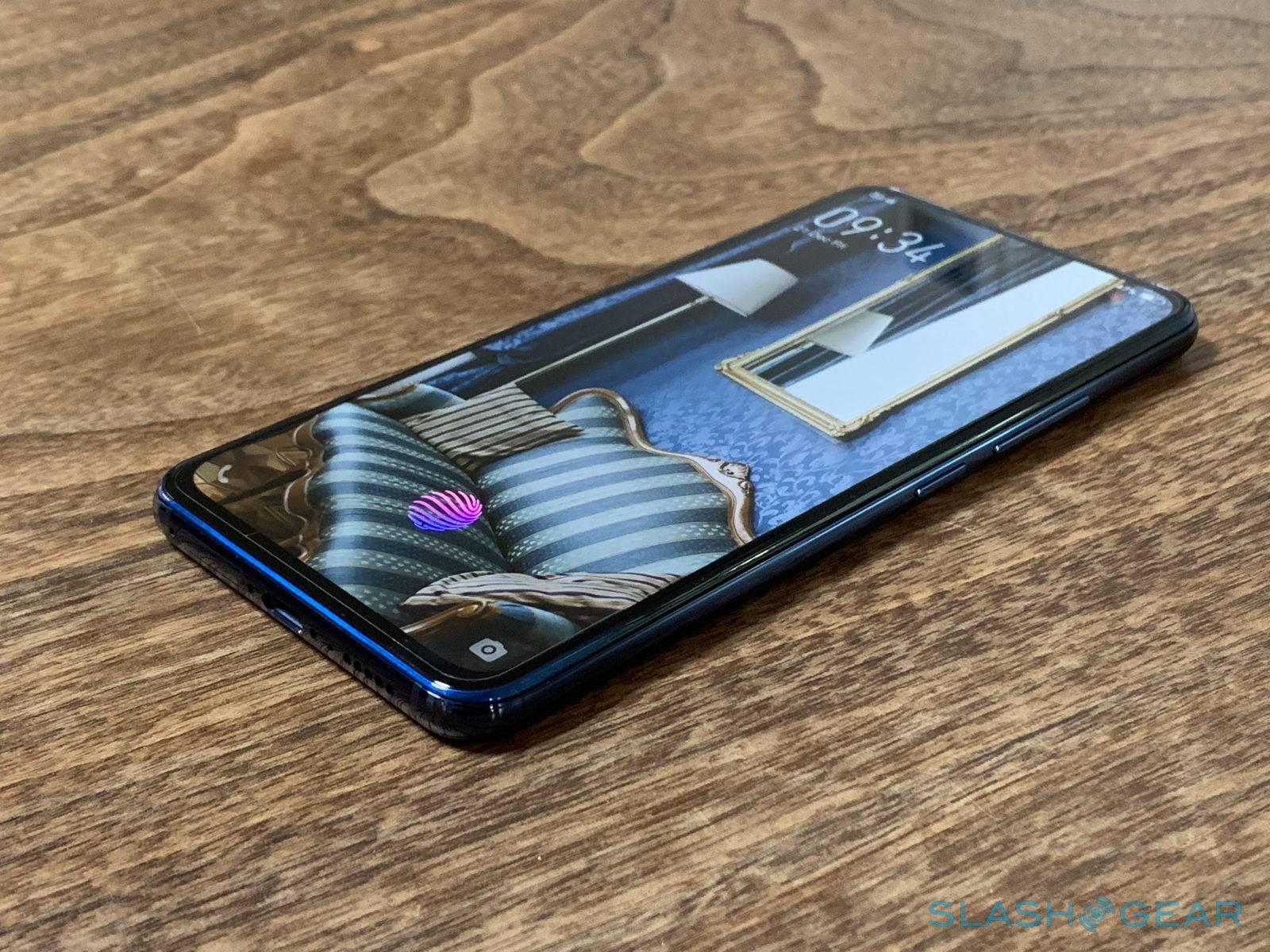 We’ll call the second screen at the back as the selfie display because it is mainly used for taking selfies. You preview selfie images on the rear display and capture with the powerful cameras. The display is smaller at only 5.49-inches with 16:9 aspect ratio and 1920×1080 pixel resolution. It’s also a touchscreen so you can do basic smartphone functions. However, we think the smaller preview area and lower resolution could make browsing difficult.

The Lunar Ring an LED arc that holds the dual rear cameras. It also lights up for notifications, as well as, provides light for your face when you need to take selfies.

The rear screan is said to also work as a secondary game controller. We couldn’t imagine using it as such but maybe it’s possible for some games. There may be games who can get used to the secondary display. 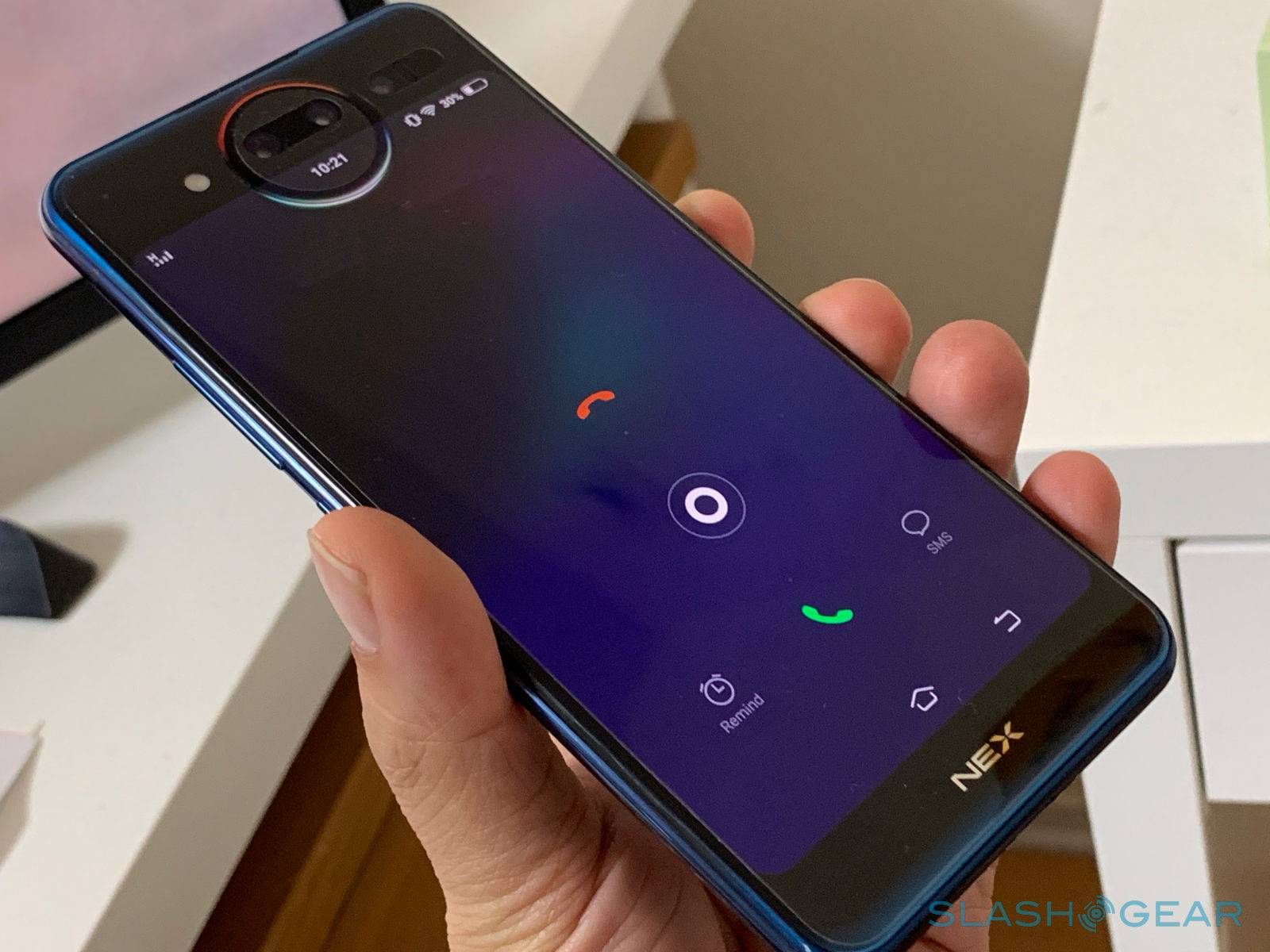 The Vivo NEX Dual Display Edition joins the ranks of those Android phone with triple rear cameras such as the Huawei P20 Pro, Huawei Mate 20, Samsung Galaxy A7 (2018), and the LG V40 ThinQ. They’re not as high-end but decent enough to take great photos There’s only a 12MP sensor with f/1.8 aperture, dual Pixel PDAF, and 4-axis OIS.

The phone’s second camera is only 2MP with f/1.8 depth sensor for bokeh. You won’t find a telephoto lens but the Vivo NEX Dual Display Edition can allow a user to capture sharp and bright photos. Zooming may not be a good idea because of the absence of the telephoto lens.

The third camera is essential with TOF sensor with IR illuminator. It allows selfie beautification and 3D face recognition.

Check out the camera to try different features from AR stickers.

The Vivo phone’s software includes both face and fingerprint recognition for mobile security and authentication. The on-screen fingerprint scanner is more accurate and faster now.

The Funtouch OS is placed on top of Android 9 Pie. Expect customizations and different versions of the platform. The Vivo NEX Dual Display Edition is ahead of the competition among dual screen phones. It’s only starting but expect a biometric authentication.