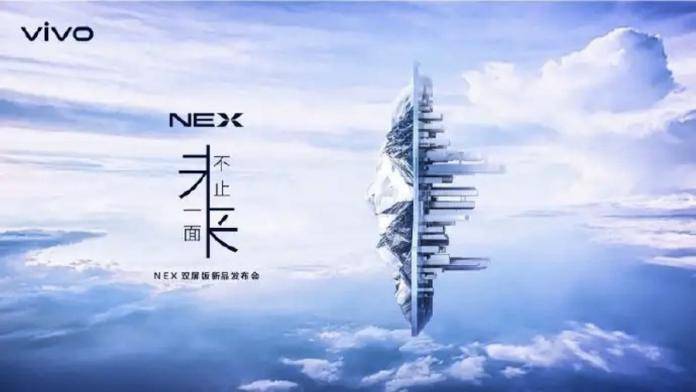 After surfacing online with triple cameras and a secondary screen on the rear, we also saw the Vivo NEX 2 with dual displays and a lunar ring. More details can be expected in the coming days and weeks especially now more information is coming out. The latest we know include the phone having 10GB of RAM and 128GB of onboard storage. We’re seeing more images too so we believe the official launch is happening very soon. We’re hoping before year-end. If not, a Q1 2019 release.

We’re interested in the second-gen Vivo Nex because the original model has been revolutionary. The all-screen device was deemed impossible before but because of the elevating selfie cam, Vivo was able to achieve a bezel-less front display. It’s not completely bezel-less but just almost.

A teaser was shown off to the Chinese media in the form of a teaser. We’re done with speculating because a launch event is definitely happening.

So far, we heard the Vivo NEX 2 will come equipped with the following: 12GB storage, 10GB of RAM, dual screens, triple cameras, and an on-screen fingerprint reader. We don’t think it will also have an elevating selfie shooter but the three rear cameras will be used for selfies.

The secondary display at the back allows selfies to be captured and reviewed. This means better quality because the cameras used are more powerful.