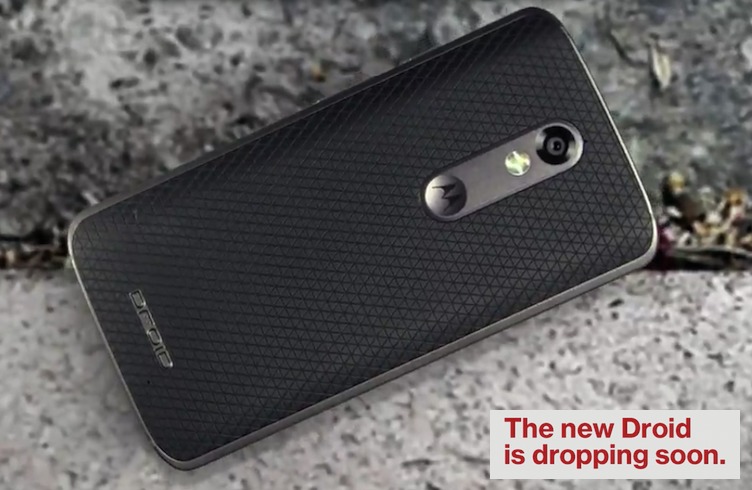 It’s true: Verizon is set to announce the new Motorola DROID this coming October 27. By next week, we’ll finally get confirmation if the Moto X Force is the DROID Turbo 2 and if the new Moto X Play is indeed the new DROID Turbo 2. The mobile carrier has been teasing the public, showing off the DROID Turbo 2 with shatterproof display and the Maxx 2 with a 48-hour battery.

Much has been said about the upcoming DROIDs and we’re only counting the days until we can get our hands on the devices. Verizon has just given us a glimpse of the DROID Turbo 2 in its full back glory in a video. The mobile carrier posted a short 11-seconder of a DROID phone slowly falling on a concrete floor. That gives us an idea that this smartphone is really shatterproof.

Both Verizon and Motorola are confident that the DROID Turbo 2’s display is rough and ready for drops. We’re assuming just accidental drops of at least from a height of five feet (and please, nothing like nerve-wracking drop test from 50 feet aboard a drone!).

Here’s what we know about the new Motorola DROID Turbo 2 phone so far: it’s basically the US version of the Moto X Force “Bounce”, device will be on Moto Maker, and that it will be available in the country very soon as accidentally confirmed by Google.

The new DROIDs are coming–this DROID Turbo 2 and the DROID Maxx 2 from Verizon are almost ready. We’ll definitely see them a few days from now.